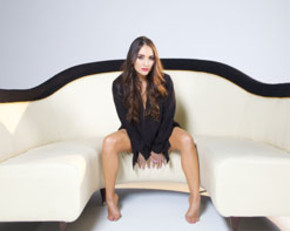 St. George, Utah. Population: 80,000. Though home to some of the world’s most beautiful terrain, nestled equidistant between Grand Canyon and Zion National Parks, it is not quite known for a bustling art community. It was home, however, to the exceptionally talented and ambitious Rosalee, an R&B/Soul/Funk singer who is the embodiment of the belief that making the impossible possible is attainable. Her new single, “Hmmm,” is a daring piece of cinema that goes beyond just impressive visuals. It proudly shares a message of peace, love, and harmony.

This simple dreamer now calls Las Vegas home and it is much more her speed. Amongst the vibrant lights of Las Vegas, Rosalee not only found her voice, but also began making a healthy dose of contacts. For her first single, “Just My Thang,” she hooked another big fish, the one and only Snoop Dogg! The response was off the charts and the wind is now firmly at her back.

She’s taken the lessons from those successes and applied them her new album, What It Is, an album created to pay homage to a different time in the music industry, when producers music enthusiasts and artists were masters of their craft. She even channeled these golden eras by enlisting players that are a part of both Stevie Wonder and Gladys Knight’s bands. The standout track on What It Is has to be “Hmmm.” With a groove that slinks and slides like an anaconda and a vocal delivery that soars like a majestic bird.