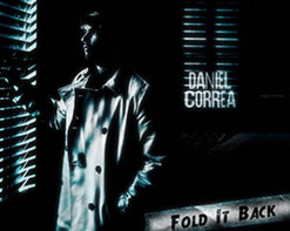 When Daniel performs, people don’t just listen to his music, they inhale it. His lyrics speak to anyone who has ever struggled for a sense of truth. His songs, an innovative blend of alternative rock and pop, are a high-octane testimonial to the exhilaration, yearning, and angst that defines coming-of-age. While many young people daydream about what they want to be “when they grow up,” He is already well on his way to defining his future—one song at a time.

His previous single: “Don’t Stop” brought an energy and excitement to audiences that is lacking in modern music. The reggae-inspired pop single combined with a fun animated clip that gave a nod to Daniel’s Miami roots. For his newest single: “Fold It Back,” Daniel has returned with a song that shares the energy and ambitious production of “Don’t Stop,” but has upped the ante with a wall of horns and synths on top of a hard grooving backbeat.