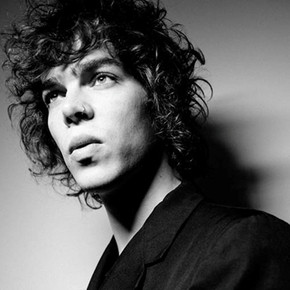 For such a new band, SUNDRONES has already been making some major waves. Formed in January 2016 , this east-coast quartet has embraced a guitar-heavy swagger, raw urgency, and the melodic heart-on-sleeve songwriting reminiscent of the late 50’s. As a troubled youth, singer Joshua Moran learned to play guitar while living in a children’s shelter. Shortly after being released, he purchased a record called “Play Guitar with The Ventures”. This record went on to heavily influence Joshua’s taste in surf and rock music, with early influences like Del Shannon, Buddy Holly, and The Turtles. In high school, he discovered punk and garage rock, becoming infatuated with bands like The Buzzcocks, Pixies, Pavement and Anti-Folk legend Daniel Johnston. Feeling alienated in his New Jersey suburb, Joshua saved up and moved to New York City straight out of high school. There, in Manhattan’s Lower East Side, he would spin wild memories into songs of rebelling, longing, and individualism. SUNDRONES first release, “Kill Me Baby”, is one such song, born out of the missed connections and everyday frustrations of romantic life in NYC. “It’s about our willingness to put ourselves through unnecessary hardship just to feel close to someone, despite the endless indications that there are no real feelings involved on either side,” says Moran.