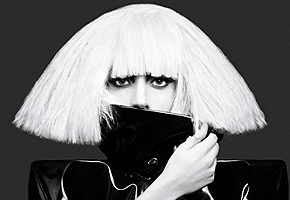 On November 24th, Lady Gaga will be re-releasing her debut album The Fame, as a brand new double-disc release titled The Fame Monster.

As mentioned earlier, the re-release will coincide with the upcoming “The Monster Ball Tour”, which will most likely perform fantastic in ticket sales with all the buzz the disco queen is attracting. The Fame Monster will come packaged with the original album, and eight new tracks including new single, “Bad Romance”, produced by RedOne. You can check out the track listing below, thanks to GagaDaily.com.

Lastly, The Fame Monster will also have not one, but two covers. A regular edition, and a deluxe edition. While both covers are very unique in Lady Gaga-fashion, we can’t say we’re the biggest fans of the deluxe edition cover, which features her in runny mascara and looking like a wicked witch.