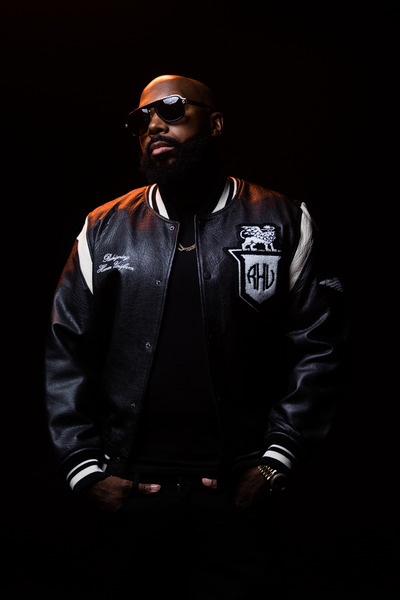 Smartphones are a lover’s conundrum. They’ve made it easier to connect and carry on outside of a relationship — but they’ve also made it easier to get in trouble. From “Mr. Telephone Man” to “Hotline Bling,” the phone has been at the center of romantic storytelling in R&B for decades. In the clip for “Ordinary Love,” the new single by electrifying Atlanta singer-songwriter Dontae Peeps, phones and screens are everywhere: showing, teasing, buzzing, giving the game away. The drama between Dontae Peeps and his girlfriend plays out in real-time and in person, but it also fills the charged, invisible territory between our connected personal devices. It’s crackling in the atmosphere around them.

Heating up the airwaves is what Dontae Peeps does. His smooth, powerful, supple voice was made for seductive R&B. Dontae is so sultry and soulful that he could coax the steam out of anything — it’s almost unfair that his knack for melody and colorful harmony is as irresistible as it is. That talent has been well recognized in Dontae’s storied hometown, where he’s worked with some of the heaviest hitters in the recording industry: Usher, Birdman, Raheem Devaughn, Jaheim, and many others. He’s established a reputation as a go-to guy for an irresistible hook, a brilliant arrangement, or a vocal performance that lifts a mix to the stratosphere.

Yet as contemporary as Dontae Peeps sounds, his heart belongs to the classics. His upcoming album is called 1990 for a reason: he’s inspired by the velvety textures and the intense, focused, no-nonsense R&B of the golden era of radio singles. “Ordinary Love” sounds unmistakably modern, but it’s replete with callbacks to the nineties. There’s the drum machine thump, like the knocking on a lover’s door, the teasing, whistling synthesizers, the sugar-spun melody, and the pledge of devotion from the singer, who is absolutely and unswervingly dedicated to turning his girl on.

Despite the modern technology, the clip for “Ordinary Love” is reminiscent of classic R&B, too. Dontae Peeps’s shades, crisp red tracksuit, and leather jacket all could have adorned a singer in an R&B video made years ago. Clear Motion Productions washes the scenes with primary colors and, in keeping with long R&B tradition, shoots the star (among other places) in the sideview mirror of his car. The ride is a sleek Mercedes -it’s timeless, elegant, and befitting a celebrated singer. When he finally gets done with his business at the recording studio and returns home to his girlfriend, the connection they’ve cultivated on the phone blooms into the kind of passion that never goes out of style.