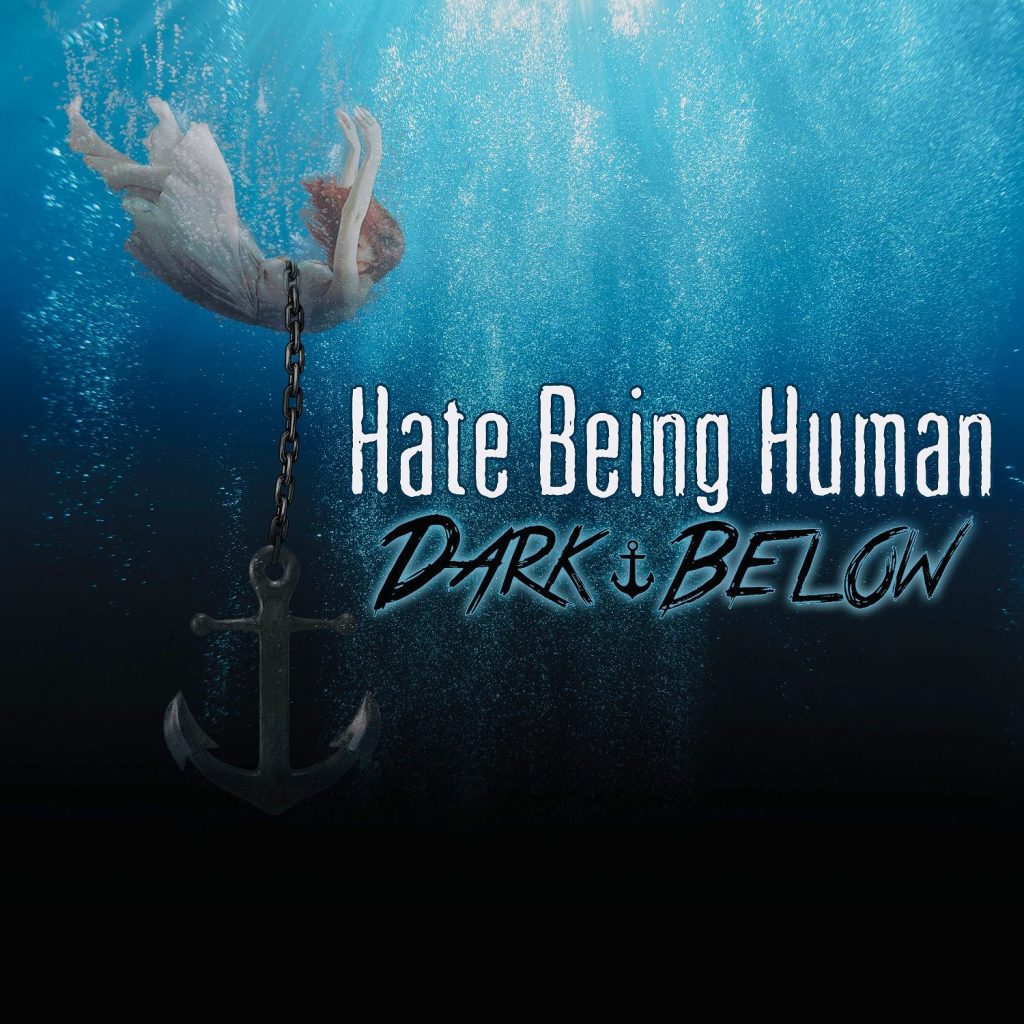 Although some rather shortsighted critics will tell you that rock has been dead on the mainstream level for years now, the underground rock scene is thriving well beyond what it was just ten years ago in 2022. Competition is intense, but although there is no shortage of interesting independent rock groups coming up through the underground hierarchy at the moment, this doesn’t prevent star-quality outfits like Dark Below from shining through the haze. Dark Below’s new single “Hate Being Human” is getting the attention of more than a few critics this year, and after giving it a close listen, I can see where a lot of rock-starved listeners have been calling it one of the more complete and polished releases of its kind to hit record store shelves in 2022.

As a rule of thumb, the best rock singles are always centered on a powerful guitar part, which isn’t missing from “Hate Being Human” at all. These strings could cut through glass at the right volume, and there are numerous moments in the song where the drums face a struggle to keep up with the mammoth energy of the melodicism. This only induces a harder push towards physicality on the part of the guitar and bass elements in the mix, but it doesn’t leave our vocalist fighting against a wall of noise for his life. If technique is two-thirds of ability in this genre, Dark Below is sitting on something really special in this single – and it deserves a complete LP’s tracklist to spread itself out.

The bassline here is thick and Tool-like, debatably more than it ever would need to be in a conventional pop/rock anthem, but this singer seemingly embraces the sludge it contributes as a backdrop to contrast his vocal with. If you’re going to mess with excess, you’ve got to work it into the bigger picture of the narrative both poetic and sonic the same, and that’s what Dark Below does here so well. They’re able to play with a so-called retro setup because of the way they approach songcraft to begin with, which is part of the reason why they sound so much more adept at what they’re doing here than the majority of new quasi-alternative rock acts would playing the same material.

I didn’t know quite what to expect when listening to the super-buzzed “Hate Being Human” for the first time this past holiday week, but I can honestly tell you that I did not anticipate being as impressed with the well-rounded sound and stylization that Dark Below is giving this debut release. They don’t sound like amateurs trying to relive their glory days of classic alternative rock riffing ala Alice in Chains and Helmet, but instead true rock musicians who are all attitude and have no time for the bells and whistles that normally end up charged with embellishing this kind of material. Dark Below wants to break the mold rather than simply existing within it, and this is why I believe they’re going to keep doing well with critics and audiences enraptured by true rock n’ roll through the summer.