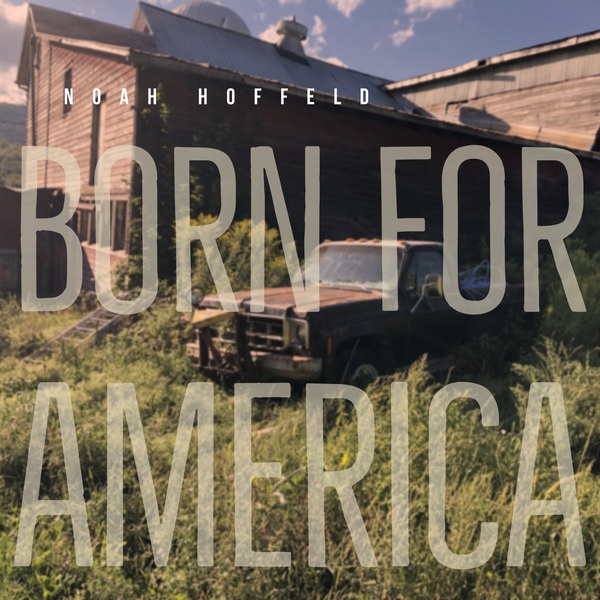 Over the past few years, we’ve all done a lot of thinking about America. Has our nation lived up to the ideals enshrined in the Declaration of Independence, or is equality no longer a priority? When the world is threatened — by environmental negligence, health crises, or war — do we still have the vision and determination to lead? Noah Hoffeld has wrestled with these questions, and on “Born For America,” the Upstate New York singer, songwriter, and multi-instrumentalist makes both his love for his country and his pain at its fractious state manifest. A cellist and graduate of Juilliard, Hoffeld felt compelled to sing and write songs to share what he had to say about these issues. It’s a stark, aching, gorgeous ballad, and a thought-provoking, deeply moving anthem for a troubled time.

“Born For America” is the centerpiece of Mobile Home, Noah Hoffeld’s recently-released full-length set, and a showcase for his piano, strings, and rich, nuanced vocals. The album is a culmination of the fusion experiments that Hoffeld conducted in Bodhiheart — a meditative cello and piano duo that draws equally from chamber music and Beatlesque pop-rock. “Born For America,” for instance, is as poised as any classical piece, but it also burns with the emotional ferocity and confessional intensity associated with the ’70s singer-songwriter tradition. To realize his vision, Hoffeld turned to an experienced hand: producer Mark Plati, who participated in the creation of some of David Bowie’s most ambitious projects. Plati understood Hoffeld’s passion and his profound ambivalence, and he has helped Hoffeld craft a recording that is at once heartbroken and hopeful. With Mobile Home, they’ve created a portrait of a multifaceted artist with a mature understanding of songcraft, formidable instrumental skills, and a marvelously expressive voice.

During his career in the performing and recording arts, Noah Hoffeld has worked on quite a few film projects, including consciousness-raising campaigns for Lifetime Television and acclaimed motion pictures like Skeleton Twins. It’s no wonder then, that given the opportunity to get in front of the camera, he knows exactly what to do. Hoffeld stays at the piano for the balance of the “Born For America” video, but he’s as commanding and expressive as an actor performing a soliloquy. Director Piotr Redlinsky, a longtime contributing photographer and videographer for The New York Times, captures every gesture, and every emotion, and he artfully blurs out the footage to amplify the song’s sense of destabilization. As daylight falls on the hammers as they strike the strings of the spinet, Hoffeld pours his heart out to the camera, and makes his longing for national — and planetary — healing palpable.