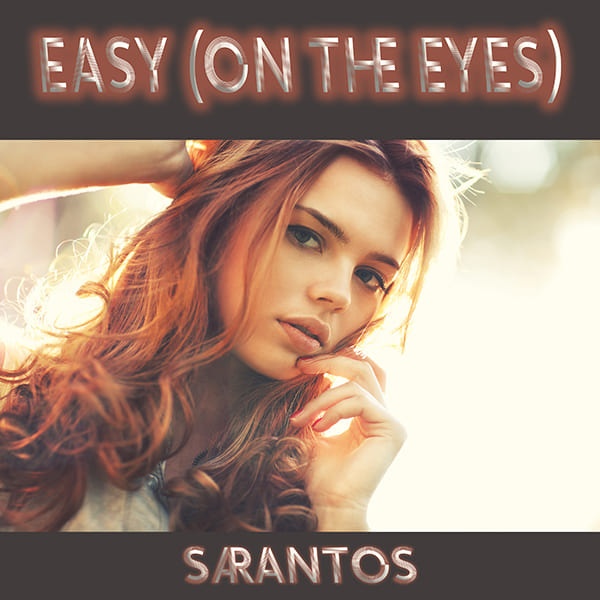 The Chicago-based singer-songwriter and artist is known for his unique musical style and his meaningful lyrics. His new September 2022 single is an ode to romance and beauty.

Sarantos is a prolific musical artist known for breaking boundaries and experimenting with his music, while maintaining a hectic monthly release schedule. With his main genre being pop rock, he often expands the limits of what can be done with pop, drawing influence from other genres. His new single, ‘Easy (On The Eyes)’ is a romantic track dedicated to the beauty of a loved one, featuring a laid-back and relaxed version of Sarantos.

Sarantos says, “Did you ever know anyone who was so amazingly beautiful that they could get away with anything? I have. This song is about her.”

Watch the Official Video for “Easy (On the Eyes)” at –

With more than 300K Spotify streams of his recent single releases, which include several international iTunes chart-toppers, Sarantos is an independent musician who crafts everything himself, from composition to lyrics. His talent has been recognized both on a national and overseas level, having won major industry awards. Since 2014, Sarantos has won over 51 awards with Akademia LA Music, Beat 100 while also being nominated for the International Music & Entertainments Awards, Hollywood Music In Media, and the Hollywood Songwriting Awards. He has had numerous media placements for his songs, instrumentals & cues.

A philanthropist at heart, Sarantos continues his string of fundraising, with profits of “Easy (On The Eyes)” being donated to SEE. They bring medical volunteers and partners together to care for the people who need it most. Their teams work side-by-side with local doctors and clinics to improve access to high-quality eye care and surgery. Together, they break the cycle of hardship that visual impairment causes, making patients, families, and communities healthier and stronger.

More details about Sarantos can be seen at http://www.melogia.com.