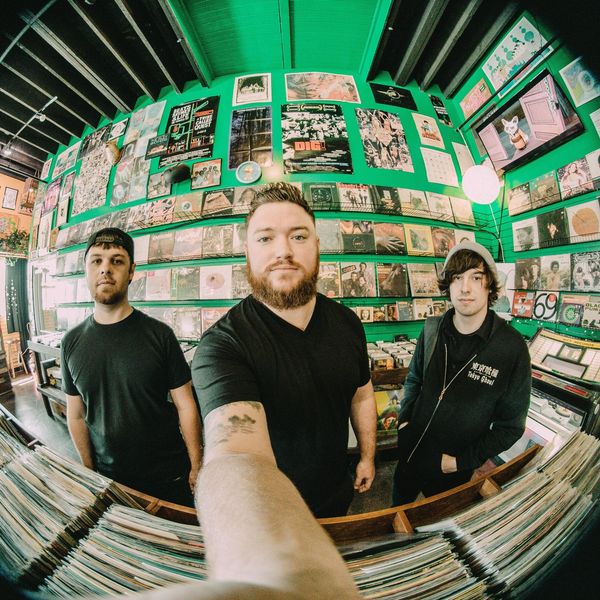 Driven rock can be quite melodic in the right circumstances, and in the case of Dark Below’s new single and music video “Tense,” the band is led by the right frontman to bring harmony back into the crunch of true rock n’ roll thunder. There are elements of “Tense” that recall the heavier side of 2000s alternative music, but at the same time, I wouldn’t say that the pop componentry of the composition is overpowered by any of the aesthetical cosmetics here. Intensity and intricacy walk hand in hand in this single, and it’s getting Dark Below a lot of attention from the right people.

The lead vocal in this mix is more or less at the center of everything, and while I do think that the bassline didn’t need to be quite as loud for the verses to have a good foundation, there’s no arguing against the physicality this dynamic contributes to the big picture in “Tense.” Much as the title would suggest, this is a track that benefits tremendously from the pressure within its arrangement, and to some extent, I think Dark Below are setting up a good formula to be revisited in future releases if they see fit.

I love the casual nature of the groove in “Tense,” and though there’s nothing stock about the way the tempo nudges the mood of the music forth, I do think that going with something more reserved from the percussion was the right move on this band’s part. There’s already a bit of indulgence starting with the riffing, and by creating a bit of juxtaposition with the drums, Dark Below are spotlighting their appreciation for an evenhanded performance, which isn’t as common in the recording studio as it should be these days (particularly looking at the rock underground).

The creative construction of the hook is probably the ultimate indication of lyrical depth in this single, and whether you’re into this kind of harder rock or not, you’re likely to appreciate just how fluidly everything comes together here. “Tense” is a song that lends itself to emotionality on a couple of different fronts, but the substance of the verses is never the most significant of these – it’s the relationship between words and music that makes for the greatest fireworks in this track and its accompanying music video, which is no small statement to make about any modern rock single.

I’ll be looking forward to hearing more of what this outfit has to offer from both the stage and the studio soon, and if you haven’t already been spinning “Tense” this summer, I would recommend giving it a listen this August for sure. Since its release this past July, the video for “Tense” has been steadily gaining critical approval from audiences and critics the same, but I don’t believe this band is looking for professional credibility alone. This is an expressive piece of music, and it’s perhaps incidental that it happens to be sporting one of the heavier beats you’ll find in a pop-rock track this season.