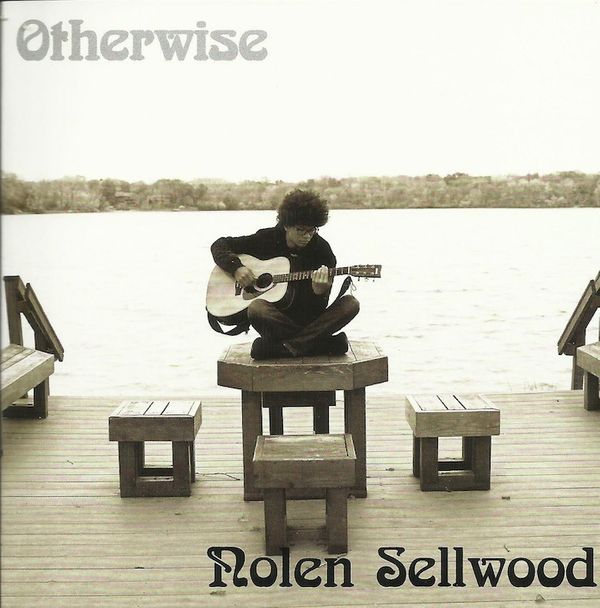 I am flabbergasted to discover that this is a debut album by a young, up-and-coming artist that goes by the name of Nolen Sellwood. The new record is titled ‘Otherwise’ and you would think Nolen has been in the music game for awhile due to the professional recording quality and top-tier songwriting. Believe it or not and I wouldn’t say ‘Otherwise’ that this is the absolute first time ever that Nolen Sellwood has recorded any material. Brace yourselves for an incredible debut album from an artist on a mission to be recognized by a wide audience.

It is said that Nolen Sellwood has an “old soul” and I would have to agree after taking in ‘Otherwise’. Nolen performs with extreme confidence and striking vulnerability and writes songs like a seasoned vet in the studio. The Minneapolis music scene has a “New Kid in Town” (Eagles) and his name is Nolen Sellwood breaking out in a BIG way with ‘Otherwise’.

The record starts up with a song called “This Time” that offers mellow vibes and right away the listener is introduced to Nolen’s easy-breezy, smooth style on vocals. A calming melody will grab you next on “To Be Saved” where Nolen Sellwood will put you at ease with a wonderful sound. On track three, “Sands of Mine”, enter a dream-like state that will help you pass the time with pure notes and a genuine performance. On the following number, “This Is For Someone”, one will receive a perfect arrangement and orchestration that is an enjoyable listen on the whole. You will be “Going For The Sun” next that includes a sunny sensation that is sure to brighten up your ears with its glowing sound. Track six, “Eccentric Eyes”, is musically rich as Nolen delivers a dynamic set with excellent playing overall. “Who Hasn’t Once” is heard next and what you get is a well-played out song that has well-written verses that will connect with many. Moving along, “Your Light” will be shining through your speakers and gliding along effortlessly with its pleasant tone. The next song is the title track, “Otherwise”, and what the listener will get here is stellar direction to go along with high-quality lyrics and fine instrumentation. The album ends on a high note with “What I Wanted” where Nolen Sellwood is giving a commanding performance and truly owning the space and this song.

John Wright served as recording manager on Nolen’s latest release, ‘Otherwise’ and the end result is an astounding success and professionalism at its finest. Nolen Sellwood sings and performs with such raw emotion on the new record and proves to be an authentic singer/songwriter. Be on the lookout for this new talent by the name of Nolen Sellwood and be sure to SKOPE out ‘Otherwise’. Also, enjoy this live set from Nolen Sellwood performing the song “To Be Saved”: