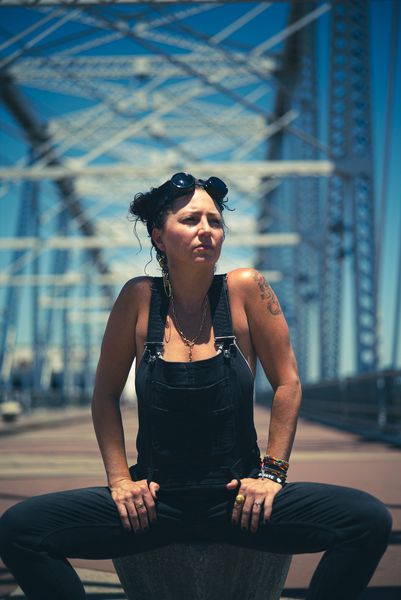 “You say I’m a dreamer, but I’m doing fine,” sings Samantha Gibb on the stirring chorus of “Good Lovin’,” her latest single. And why shouldn’t she be? She’s got everything a pop musician needs: a gorgeous voice, a knack for irresistible melody, and an unshakable sense of self-possession. Samantha Gibb knows exactly who she is, and what she wants; better still, she knows how to bring her musical dreams alive in sound and texture.

She’s also got family. The pop singer-songwriter is the scion of one of pop’s foremost clans: the Gibbs, founders of the legendary Bee Gees. And while the Gibb Brothers are most associated (by Americans, at least!) with the “Saturday Night Fever” soundtrack, the most notable thing about the musicians in the Hall of Fame group was their adaptability. Before they dominated disco in the ’70s, they were heroes of folk-rock, pop-rock, and light orchestral music. That flexibility is the family tradition that Samantha Gibb is carrying on. She won’t be pinned down any more than her celebrated uncles were. She’s following her impulses, and “taking her time,” knowing well that the destination will always be worth the journey.

Maybe that’s why “Good Lovin'” feels so much like an arrival — even though Samantha Gibb has been making beautiful, exciting pop music for years. Call this a rebirth, a vigorous introductory handshake, or a statement of purpose, and you won’t be misleading: “Good Lovin'” is a missive from an artist who has found her voice, and who isn’t shy about letting the world know that she’s determined to do it her way. Luckily for us, “her way” turns out to be immediately appealing, clever, and catchy, too. The single foregrounds her voice, her smart lyrics, and her message. But it’s also a showcase for her sensitive piano playing, her ear for creative production, and her deep understanding of pop song architecture.

A song as purpose-driven as “Good Lovin'” requires a lyric video, and the one we’re sharing with you today underscores the song’s themes and adds a few new dimensions to the song, too. The winsome clip makes Samantha Gibb’s “good lovin'” manifest: it’s a pure expression of a full heart. But it also shows the positive effects of good loving turned outward, and suggests what a beautiful world it would be if everybody had the courage to follow their passions.