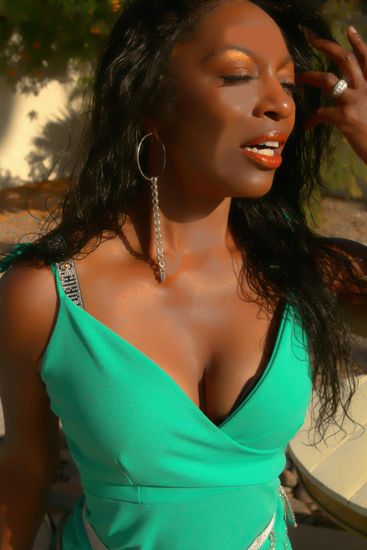 Mia Rebel was born in Georgia and raised by her mother, aunt, and uncle on Air Force bases across America. As a youth Mia trained in ballet, tap and jazz dance at Alvin Ailey Dance Academy and Bernice Johnson Dance Academy with Ben Vereen and Michael Peters. By the age of 14 ia was well on her way with her first Broadway play “Dead End” written by 1976 Movie “Car Wash” Actor/Director Leon Pinkney.

As Mia gained experience in the music industry, she was offered a joint publishing deal with writer/producer Ray Watkins in her mid 20’s with Warner Chapell Music and went on to write and co-produce song “She Says” with Grammy Award winner Richard Joseph for Universal Pictures Film “Empire”. Sometime after that Mia signed a contract to become the voice of a GPS device “Satovi” and began performing with legendary musicians such as Jimmy Norman & Les Paul.

Mia’s years of dedication to music has created opportunities for her to continue working with the world’s professional music & entertainment platforms, writing music, jingles & recording voiceovers for well-known products. Mia teamed up with Robert Irving III and record label” Sonic Portraits” on the release of new human rights album “Art Of Protest” with her song titled “Anytime I Want To “. The album rose to #1 on the Contemporary Jazz Chart and stayed in the top five for eight straight weeks. Mia’s latest release, the visuals for “Free My Mind” from her ‘Anytime I Want To” album, features Niecy D & DJ Trans. This track is sure to climb the charts as a mantra for all to ‘free their minds’ and let go – released in time for dancing all summer long…