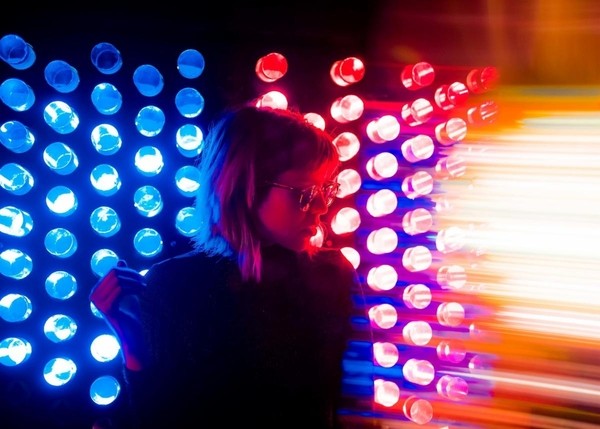 There have always been those whose hearts dance to the beat of a different drum, those who see the world in a different way, and those who find our differences far more beautiful and intriguing than our similarities.

NEDY is one of those people.

But what truly sets her apart from the crowd is the fact that she is now gathering all of her differences and infusing them into the creation of music specifically meant for a new generation of outcasts. Armed with an enchanting spirit and a strong faith and an impressive musical talent that is nothing short of stunning, NEDY is an inspirational pop artist poised to lead her loyal fandom into a brighter future.

To truly understand where NEDY is going, we must know where she came from.

The youngest of three children, NEDY was born in Salt Lake City into a lower middle-class family who eventually planted their roots in Texas, a sweet girl with discount store shoes on her feet and music playing on repeat inside her head. Inspired by her uncle who worked as a professional Latin singer, NEDY would spend hours trying to impersonate her uncle’s moves and stage presence. At the same time, NEDY developed a strong desire to learn how to play the guitar…if only she had one.

So, within a crowded swap meet filled with a slew of thrown away treasures, NEDY’s mother picked her up an old guitar for NEDY to make her own. It was this guitar in which the self-proclaimed ‘daddy’s girl’ was strumming when her world began to fall apart. At just 8 years old, NEDY was faced with the cruel reality that her parents were getting a divorce. Soon, her and her siblings moved to Los Angeles with their mom, while her dad moved to Georgia. In turn, NEDY would soon find herself travelling back and forth and back again between Georgia and California, trying her very best to maintain a relationship with her dad, a relationship that NEDY admits never fully returned to its original greatness.

While sadness welled in her heart, NEDY pressed on. Inspired by the music she began to create on her guitar, she found herself spending her days in school hearing an unrelenting beat in her head. She would unknowingly tap her long, slender fingers on her desk in an infectious drum pattern she picked up after watching the classic musical That Thing You Do.

“My sixth-grade teacher would always call me out to remind me that this wasn’t drum class,” NEDY chuckles. “But I just couldn’t help it.”

Soon, NEDY would convince her mom to use some of the child support money she seemingly was gathering from her father to buy her a piano that she had seen at the local thrift store, a piano they ultimately crammed into the back of her uncle’s truck and forever into NEDY’s musical soul.

NEDY then began making music. But perhaps more importantly, she also listened to music. Everyone from Fleetwood Mac to Alanis Morrissette to Selena inspired her to continue to pursue her passion. But it was the angst-filled and fiery delivery of music icon Avril Lavigne that not only spoke directly to her soul, but essentially drove her to join music with her ever-changing, coming of age emotions.

At the age of 22, NEDY began writing her own songs. And soon, she came to realize that she had a purpose that would ultimately drive her to make music with a message. Music that would point to something bigger than herself. Music that would encourage and inspire people. Music that she needed to hear as much as anyone else.

Because life continued to try its best to kick NEDY when she was down, she was bullied and she was persecuted, and when she looked in the mirror, she saw someone who was so obviously different from the rest. “When people are different, they usually get picked on for being their own person, and that’s exactly what was happening to me,” remembers NEDY. “They would see the joy in me…and I don’t think they liked that very much.”

Her inner turmoil would eventually lead NEDY to proclaim her Christian faith and ultimately, NEDY made the decision to give her life to Jesus. But even she didn’t quite know what that meant. “I was still trying to find myself,” she remembers. “But He heard me. I could feel that. And that feeling not only gave me confidence, but also gave me more of a purpose within my music.”

Soon, NEDY landed a much-coveted spot on The Extreme Tour, in which she performed nationwide. And while she testified to many while on the mission-based tour, NEDY still felt something missing within her. Shortly after coming off tour and unpacking the suitcase she had been living in for months, she found herself living in Nashville with depression and anxiety as a result of not only an ongoing pandemic, but an ongoing lack of direction within her own life.

“I was feeling lost,” NEDY remembers. “I knew that I was meant to be here making music, but I just didn’t know if it was the right thing for me anymore. I would ask God constantly…is this where I am supposed to be?” And in 2021, He answered her.

Now living just outside the city limits of Nashville, NEDY is releasing new music, music she believes will serve as the cornerstone to a new chapter in her career. Existing as the sturdy foundation to that cornerstone is her new single “Made to Be,” a proclamation of sorts that finally declares all that NEDY is. From her artistic soul to her ongoing resolutions to never again try to mold into someone else’s expectations, this is the music that NEDY has waited a lifetime to create.

“People who are different are the ones that make the difference,” she says proudly. “I want to take my differences and I want to make an impact by using them for good. God the creator is the one that gives us value, and God made each and every one of us unique and different. There are no replicas. People need to be reminded of that…and I truly believe my music is going to do that.”