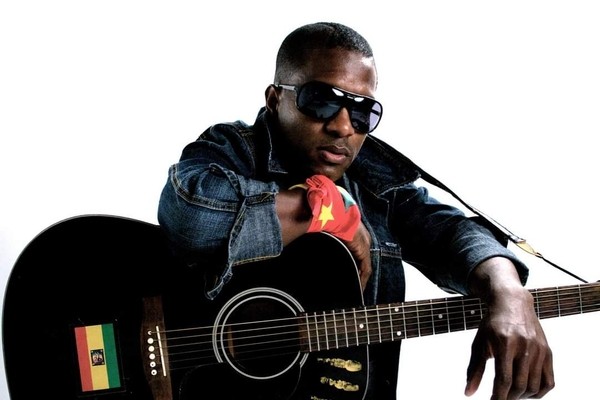 “I’m from a place where you can truly feel free,” sings Najjah Calibur on the first verse of “I’m Good,” his high-energy, club-ready new single. He means a mental space — a state of being and a way of life characterized by exuberance, creativity, and joy. But he’s also referring to a place on the map. Najjah Calibur represents Toronto, Ontario, a city that’s increasingly central to international popular culture. Canada’s largest metro has certainly produced its share of megastars. But Toronto has also become a magnet for leftfield pop, R&B, and electronic music innovators, and it’s quickly gaining a reputation as a city where sonic explorers of all kinds are welcome. If you’re a musician, a dancer, a performer, a creative entrepreneur, or just a fan of contemporary arts, Toronto is indeed a place to feel free.

And Najjah Calibur is no newcomer to the city. He’s been in Ontario since he was a kid, and he’s been involved in the musical movements that have made Toronto crackle and buzz. Hip-hop, house music and ambient sounds, sleek soul, and party-friendly funk: he’s done it all. He’s led terrific bands — Bluesunderdog, who toured with the Black Eyed Peas, and Najjah’s World, to name two — and he’s blazed a trail through the underground as a solo act. Along the way, he’s collaborated with Trinity Chris and Bush Life, and he’s toured Canada with the Black Eyed Peas.

“I’m Good” is a brilliant demonstration of everything Najjah Calibur does well. He took a break from music to become an award-winning, international host for FIFA – and he’ll be performing this winning hit at the upcoming World Cup in front of up to 60,000 fans. He sings, raps, rides the rhythm and sells a memorable hook, and exudes charisma with every verse and every chorus. He’s a massive presence on the microphone, and his enthusiasm and optimism are inspiring. On “I’m Good,” Calibur matches his voice to an irresistible track that ought to appeal equally to fans of pop-inflected rap, rowdy dance music, and rambunctious funk. In other words, it sounds and feels like Toronto: Toronto on a beautiful summer day, with crowded streets, productive collisions between subcultures, and a feeling of artistic liberation in the air.

And if, by chance, you didn’t get that from the song, the video ought to make it perfectly clear. Najjah Calibur and director Dan Barker lead us all over Toronto: we’re shown the red-brick streets of the pedestrian zone by the Distillery, the proudly multicultural Spadina Avenue strip and unique Kensington Market, and the bustling, brightly-lit Downtown. Most of all, we’re shown ordinary Toronto residents, assuring us that, like Najjar Calibur, they, too, are feeling good. You’ll believe it.