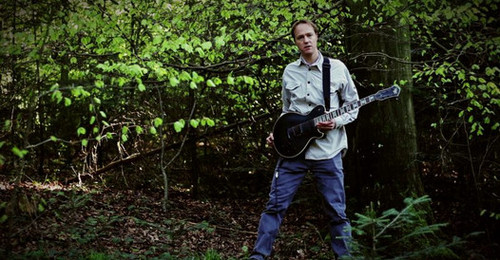 I expected Alex Wellkers’ famous now to be his debut offering for the music world, not his tenth release overall. His prolific rate of creativity hasn’t come at the expense of quality; the nine tracks included on the new album are every bit as forceful and attention-grabbing as anything that’s come before. Music and songs flock to some artists the way moths are drawn towards light, for lack of a better comparison, and the naturalness of Wellkers’ famous now is an important reason for its success.

It’s my first time hearing his work, that’s true, but after a single pass through the album’s ten songs, I felt like connecting with his work is easy. We’re simpatico. I understand the emotional pressure present throughout each bar of “Get This Far” and Wellkers’ voice heightens its intensity. This is a songwriter who understands the cost of everyday survival and already grasps how to portray it in a manner that’s true to his experience.

A lot of the rock tracks he’s written and recorded for the album are built around great bass lines. They are constructed in a simple and straight-ahead way, but they lay a foundation for those songs that hook listeners in. “What Keeps Me Alive” has an ominous undertow thanks to its bass and the slow staccato guitar riffing makes a steady impact over the course of the song. Its dramatics are never overwrought.

I love the near art-rock edge of “We See It All Coming Down”. It earns that label for me because the unabashed use of classical instruments such as viola, cello, and violin pushes the song into a far different realm than the guitar crunch and piano balladry we’ve heard thus far. “Believe in What You Do Here” has an unique message for modern songwriting, but it doesn’t necessarily remake the wheel. Some listeners may identify a “proggy” character in this song with the way Wellkers mixes strings, slow tempos, and expansive guitar textures.

“Satisfied” expands on the style of “What Keeps Me Alive”. It isn’t a retread of the earlier song, however, because Wellkers has broadened the track’s range, and the emotional peaks it reaches are far taller than anything I hear in the earlier song. The full-on rock punch of “I See You Give In” is the music of youth, yes, but there’s a lot of wisdom in these lyrics for those who care to listen. It’s the album’s penultimate track but, if forced, it suffices as one hell of an ending for the release, a big exclamation point on the album.

The closer “Now I See Now I Regret”, however, justifies its presence every step of the way. It never sounds self-conscious. There’s no doubt, however, that this synthesis of everything preceding is a definitive final statement for the collection without ever risking pretentiousness. It’s a release many listeners will find to be “on their level” despite the interesting instrumental choices and unusual songwriting decisions. Alex Wellkers’ famous now realizes the promise of the last half decade-plus and points the way towards a promising tomorrow.