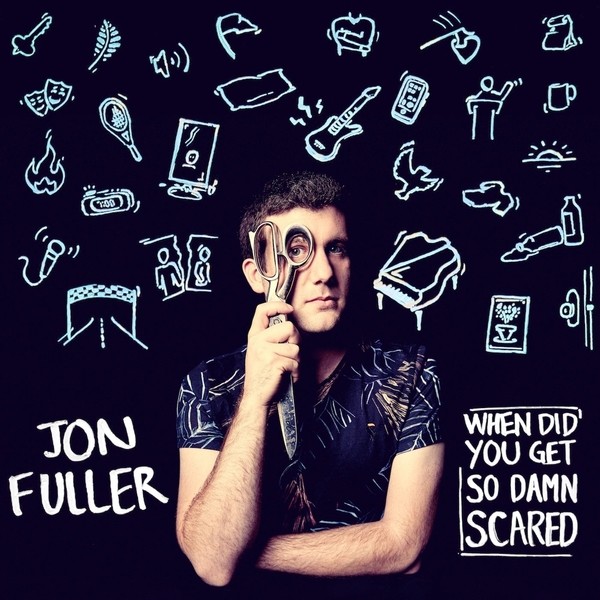 There’s not one track on Jon Fuller’s upcoming album that you couldn’t class as a stand alone single. From the ethereal air of the opener ‘Voice’ to the pop inflections of the concluding ‘I’m’, When Did You Get So Damn Scared is one the most dynamic albums I’ve come across in a while. You could try to pinpoint Jon Fuller’s sound by sticking on a label of indie-rock or indie-pop, but you’d be doing a complete disservice. Jon Fuller represents a creative wave of alt artists embracing all aspects of their influence. Each track in When Did You Get So Damn Scared is so carefully crafted that pressing play is like stepping into a whole new sonic universe.

The sole gravitational force of this body of work is the incredible vocals of Jon Fuller himself. All the instrumentation seems to orbit around his haunting harmonies and arresting honesty. Stepping Stone is a perfect example of this sonic synchronicity. Despite having been released as a single already this year, the free-flowing accompaniment feels as fresh as the first listen. As Jon Fuller’s intimate narrative unfolds, the graceful guitar lines morph and mould around each lyric; they become the perfect mirror for Jon’s sentiments. In this track, and others such as ‘The Glow’ and ‘Thought We Could Make It’, Jon Fuller is both the commander and comrade in arms with the instrumentation swirling around him. Together, they tell the perfect story. The rockier realms of another outstanding track ‘Burn It Down’ also paints a vivid picture — it wouldn’t be a Jon Fuller track if it didn’t — yet the sweeping synths and vibrant drum fills feel less like a supporting act but a fighting force. Dan Kleederman’s guitar riffs run riot in between Jon’s melodies, bringing an infectious energy to the track. ‘Not In My Name’ and ‘Coffee Again’ also boast this call and response type relationship between Dan’s slick guitar and Jon’s strong performance presence. Having played on and produced When Did You Get So Damn Scared, Dan Kleederman has made the magic of Jon Fuller’s lyrics fully come to life. Each subtle synth or guitar gesture Dan adds, when mixed with the clever and powerfully personal lyrics Jon provides, makes ‘When Did You Get So Damn Scared’ an overwhelmingly immersive and utterly indulgent experience.

Listen to Jon Fuller on SPOTIFY