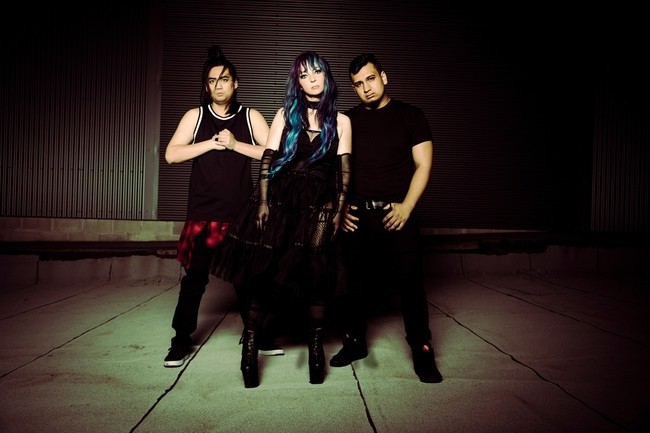 We don’t need to tell you that Ignescent is a fierce, ferocious live band. You’ll know it within seconds of pressing play on “Remnant,” their most recent single. Only a group that has been tightened, tempered, and tested by countless shows could achieve such sonic cohesion. Ignescent consists of four musicians — guitarist Ty Moreland, bassist Ian Sebastian, drummer Joshua Garcia, and powerhouse vocalist Jennifer Benson — but when they plug in and roar, they’re a single irresistible force. The words, the beats, the pummeling riffs, the propulsive grooves, the rawness, the attitude, and the surprisingly catchy melodic phrases are all expressions of a unified musical vision.

Ascension, the band’s upcoming EP, is the latest realization of that vision: a tough, compact musical statement from a band that’s never afraid to get right to the point. “Remnant,” an anthem about perseverance and reinvention after misfortune, finds all four members performing at their absolute peak – which is saying something, given their formidable skills. Jennifer Benson sings about her battered but unbreakable spirit. The rest of the group backs her up with music of tremendous tensile strength. Together, they’re a testament to rock at its most inspiring and uncompromising — a musical metaphor, a closed fist poised to strike.

The undeniable skills of the musicians in Ignescent have made the group a sought-after hard rock opener — and, increasingly, a headliner, too. They’ve played in support of Megadeth, Saliva, Eve 6, Fight the Fury, Otep, and Letters From the Fire, just to name a few bands, and they’ve appeared at Summerfest, Rock Fest in Wisconsin, and on the Vans Warped Tour, too. They’ve even gotten an opportunity to write and make music with one of their heroes and inspirations: Sameer Bhatacharya of Texas rockers Flyleaf. They’re stars in their native Chicago and well known throughout the Midwest, and Ascension is poised to earn the group a national reputation for rock excellence.

A group like Ignescent — and a song like “Remnant” — demands a performance clip. Director Joseph Davis Castleberry obliges with a video that showcases the group at its most kinetic. Yet this is no ordinary concert footage. It’s a play of light and shadow, odd and unexpected angles, strange illumination, steam, sweat, and ghostly reflections. Castleberry captured all the danger, joy, and excitement of the Ignescent live experience in this clip, and if you’ve got any taste at all for hard rock, it’ll surely whet your appetite for the upcoming Ascension tour.