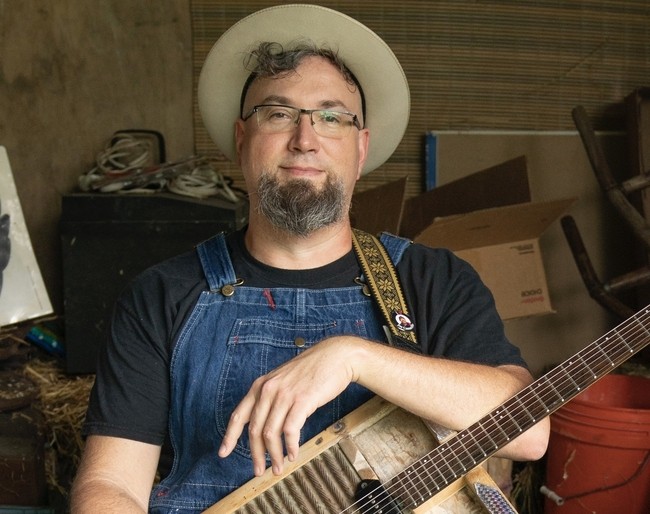 Dennis J. Leise doesn’t mince words. When you’re listening to his tightly-written throwback country-folk songs, you’ll know exactly where he stands — he makes sure of that. His language is straightforward, his couplets are clever and memorable, and his observational eye is unsparing. That’s especially true when he turns his wit on himself. “I Only Do It ‘Cause I Have To,” his latest single, is an exercise in pithy poetry; it’s also an honest confession of exhaustion and a protest against the dullness of routine. It’s that sort of incisive writing that has made the Northwest Indiana farmer-musician a favorite of the Chicago Reader and other Midwestern arbiters of artistic and literary excellence.

But what, you may wonder, is it that the weary Leise is doing because he has to, not because he wants to? While he couldn’t be any franker about his emotional state, he’s not telling us its precipitating cause. The title of his album, however, provides a clue. The World That You Grew Up In Is No More is a collection of hard-time ballads and country stompers, Cash-style barnyard rave-ups and wry, plainspoken Guthrie-like protests. The sound is classic, but the sentiment is urgent and forward-looking. Dennis J. Leise is no nostalgiac. He’s got a voice that could be coming from dusty old 78s, but he uses it to deliver broadsides against smug moralists, in-the-way politicians, unapologetic consumerists, and even a drunken Santa Claus. He’s got a farmer’s impatience with authority figures, in other words, and he’s no fan of mindless conservatism or tradition for its own sake.

So when he tells us that he’s only doing something because he has to, it has a particular force. It comes from an artist who has mastered the old ways of doing things but deemed them insufficient and who isn’t afraid to face a changing world. In the clip for the song, we’re shown Leise at his grind, on his very real farm, pitching hay to the animals and attending to grueling chores. Don’t worry — he’s not disenchanted with his rural existence. He’s just as committed to sustainable agriculture as he’s always been. Instead, it’s a metaphor for the sort of automatic labor that keeps a thinker stuck in his ways and that Leise, a broadminded person, is determined to transcend.