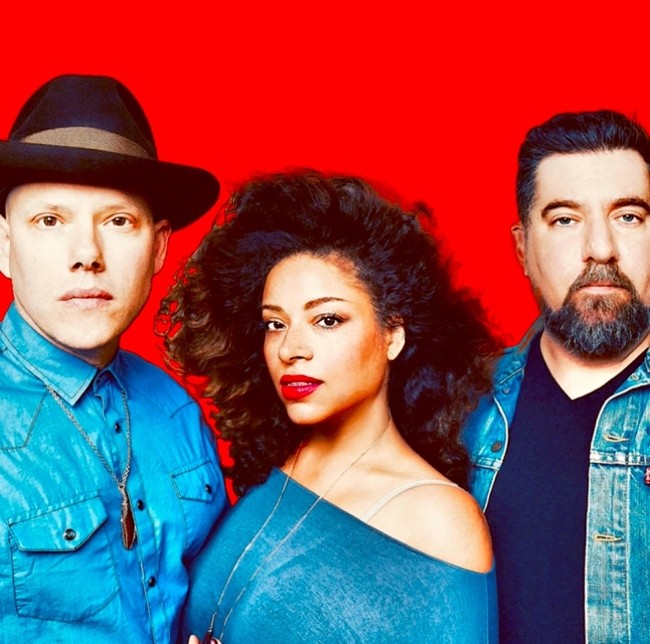 Blues-rock is a redundant term: there’s no rock without the blues. There’s no country, no hip-hop, no jazz, and no soul, either. Blues is the oldest, most enduring indigenous style in America — the bedrock of popular music — and there’s a very good reason for that. Nothing tugs at the heart like a blues melody, or stings like a blues six-string lead, or moves with the irresistible force of a blues band in full steam. When great rock groups like Dwight & Nicole draw on the blues, they do it because they know there’s no better way to communicate emotion and pull listeners into the song with the fierceness and conviction that their subject matter demands.

“The Next Go-Round” epitomizes American roots rock at its most creative and unvarnished — music played by true believers who burn to communicate. It’s a howl of pain, but there’s plenty of joy and celebration in it, too. Nobody who knows the New England trio could be surprised at how searing the song is: all their recordings radiate heat. Dwight Ritcher’s guitar and Nicole Nelson’s voice feel like a single expression of the same longing, the same unrequited desire, and the same existential pain. It’s blues stuff, in other words, that’s delivered with rock muscle and with the sweetness of gospel and soul.

The new single builds on their regional notoriety: acclaimed debut EP Electric Lights, wins at the Boston and New England Music Awards, and audiences dazzled out all over the Northeast. They’ve opened for Mavis Staples and earned the appreciation of Melissa Etheridge. “The Next Go-Round” was originally meant for a follow-up designed to take the Dwight & Nicole sound nationwide. The pandemic put the brakes on that ambition for a while, but a recording this good couldn’t stay under wraps indefinitely. Further, the five-song project it highlights, has already drawn plaudits from Skope (“fantastic”), the Eagle Times (“Dwight + Nicole shine”), and American Songwriter, which selected the trio for a “Daily Discovery” piece.

The moving and emotionally generous clip for “The Next Go-Round” stars its director: Jim DanDee, a man who shares with Dwight and Nicole a deep understanding of the meaning of the blues. His clip underscores the song’s tough-minded themes — the pain that accompanies emotional distance and the difficulty of finding a sustainable partnership. For Jim DanDee’s character (and for the rest of us, too), time is simply moving too fast. He stops to give hugs in the wake of a party at his apartment, only to have the footage accelerate, leaving nothing but vapor trails where his friends once were. Abandoned and suffering whiplash from the speed of events, and with nothing and no one around to break his fall, he slides into spectacularly destructive behavior.