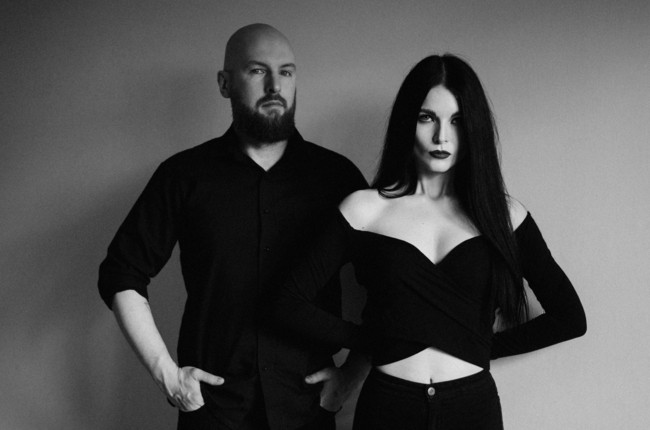 STRIDULUM, based in Upper Silesia, Southern Poland, formed in 2019. The duo, consisting of Marita Volodina (vox/lyrics) and Arkadiy Berg (all instruments), STRIDULUM’s music is melancholic and minimalistic… but never monotonous.

Stridulum’s songs are powerful, pensive, and deep. In a noteworthy contrast to the coldness of the synths, the highly expressive vocals of Volodina revolve around themes of despair, desire, loss, and transformation. This is darkwave in the vein of Linea Aspera, Hante., Minuit Machine, Selofan, Kaelan Mikla, and Boy Harsher.

The band promotes the album with two music videos for the songs “Bleeding” and “Home”.