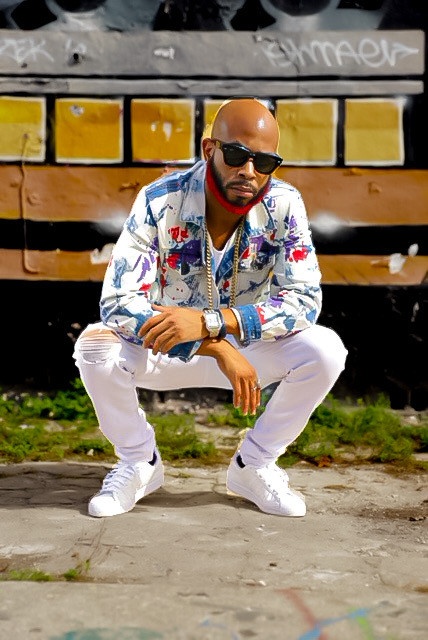 If you’re a rapper from the Northeast, certain things are expected of you. Since you’re part of a long tradition of street lyricism, you’ve got to be clever. It’s mandatory that you can turn a phrase with style. You come from a crossroads of culture, and your music ought to reflect that: it needs to feel international, fresh, flexible, and effortlessly soulful. Above all, you’ve got to be able to bring the party with you wherever you go; that’s mandatory. Millionz Of Bar$ represents a part of the region that isn’t talked about all that often — gritty New Britain, Connecticut, southwest of Hartford. But he’s got roots deep in urban New Jersey, too, and he’s fully absorbed the hip-hop traditions of New York City and Philadelphia.

All of that is evident when he steps to the microphone for “Her Favorite,” a bouncy but hard-hitting track designed to put the dancefloor in motion. It’s a house-party starter, a bruiser, a declaration of arrival from a charismatic emcee who takes hedonism very seriously. He’s got a responsibility to make sure you have fun, and to that end, he’s got his funk in place — the rubbery bass line of “Her Favorite” alone is enough to drive a listener into delirium. On the track, he’s joined forces with chart-topping Tallahassee, FL rapper and singer Kent Jones, whose 2016 smash “Don’t Mind” has been certified double platinum. Jones handles the hook, Millionz Of Bar$ tears through the verses, and as versatile as they are on their solo tracks, they’re even better when they pass the microphone.

Jones and Millionz Of Bar$ both dazzle in Harold Shipley’s energetic video for “Her Favorite.” Shipley isn’t just a man with a camera — he’s also the founder of the GPMG label, an upstart hip-hop imprint specializing in amplifying the voices of dedicated young rappers. The Staten Island entrepreneur immediately recognized Millionz Of Bar$ as a budding star, and in his guise as “GP Tha Director,” he has put that magnetism on bold display. It’s easy to see why Millionz Of Bar$ is currently opening shows for RiFF RaFF: his rhymes demonstrate the same wit and swagger, his music has the same immediacy, and his camera presence is similarly commanding. In the clip, he’s fresh in throwback threads (check out the Kangol!), surrounded by beautiful women, salacious and rowdy yet utterly in control, and ready to take his place on the list of the world’s most exciting rappers.