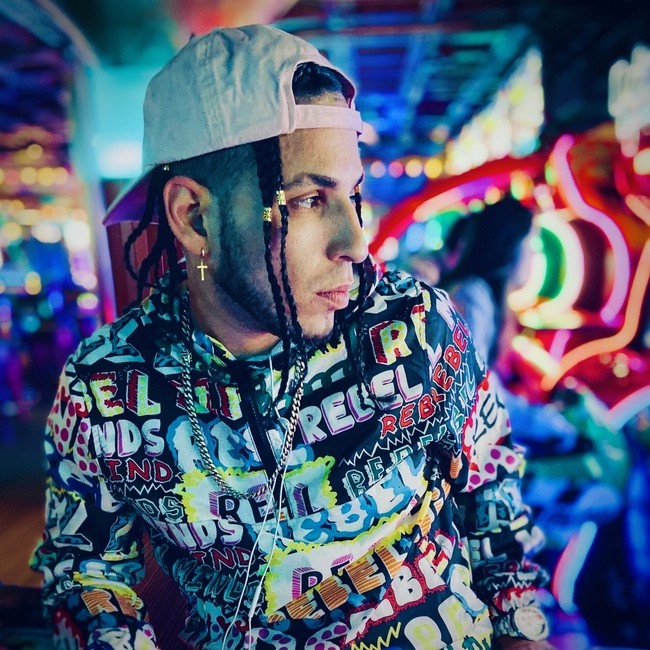 Music can find you serendipitously. Elion V started from the ground up, perfecting the skeleton of poetic craft through writing, spoken word, and rapping. He discovered his innate ability to string together lyrics and produce beats to cater to audiences of all backgrounds. Through finding his voice, the artist fused his heritage with his music through Latin influences that have made him a rising star in the Worchester, Massachusetts area. His first live performance was at the Dunkin’ Donuts Center, serving as an opening act for big names such as A Boogie wit da Hoodie, Fetty Wap, and Young Thug. Elion V is hungry to make a name for himself and expresses that through his sheer drive and dedication to curating his unique sound and image. Take a listen to his latest song, “Provide,” to get a taste of the exotic flavors Elion V is cooking up.

Incorporating humor into your art requires masterful self-awareness and the ability not to take yourself too seriously. For Elion V, it’s his way of life and mantra for leaving a memorable impression on audiences. The video for “Provide” – a song about fulfilling his woman’s fantasies – takes a hilarious turn of events. He’s kidnapped and dragged into a home filled with beautiful women, where is he forced to face the kingpin he owes money to. The kingpin, however, turns out to be a puppet named Joselito, a comedic star from Massachusetts. It’s almost impossible not to crack a smile as Elion V gives us his best acting performance while he attempts to bargain with Joselito and bring back the money he owes. This amusing encounter occurs while Elion V’s addicting lyricism and instrumentals play in the background. It’s a chill, relaxed song that seamlessly switches between English and Spanish. It’s the perfect track to hit play during any gathering to set the right tone and atmosphere.