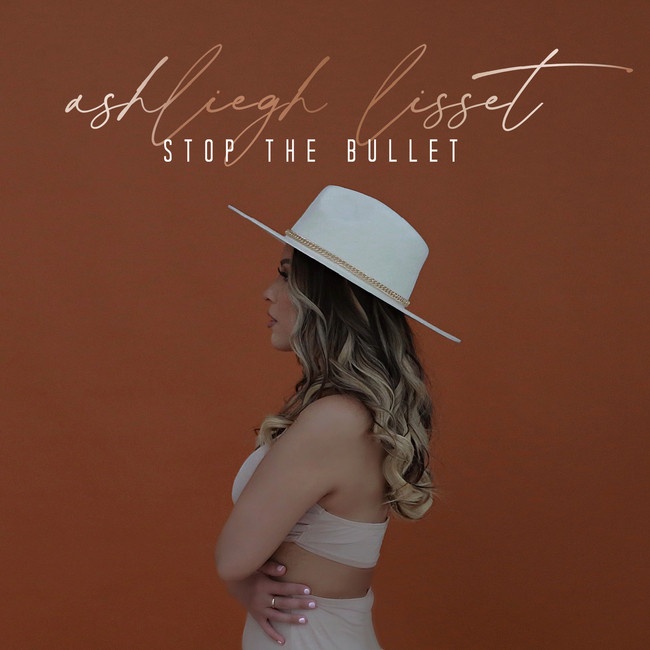 With relatable lyrics like hold on heart, don’t speak yet, if you do you might say something you regret, “Stop the Bullet” is sure to be a hit amongst fans.

“I’m so excited to finally share what I’ve been working on,” Ashliegh, who has spent the last year co-writing and traveling to Nashville, explains. “It’s been a long time coming! This music is everything I dreamed it would be, and the moment I heard Stop The Bullet I knew it was the first single – the lyrics, the music…everything about it. I hope you all love it as much as I do! A BIG thank you to Liz Rose Music for allowing me to cut it, Eric Legg for mixing and producing, as well as the writers: Phil Barton, Emily Shackleton, Adam Argyle, Victoria Banks.”