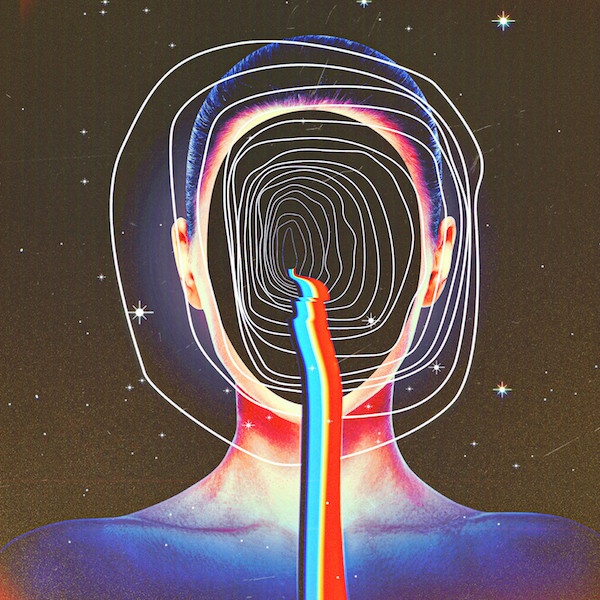 Fires of Denmark music will likely appeal to fans of post-punk, as well as Kraftwerk’s synth-pop inventions. This music is synth based in many places. It’s also rather dark throughout. Best of all, Relativity is an adventurous eight selection release.

The album was tracked over a week’s time at a Frank Lloyd Wright house, which says much about the act led by Mike Terrill. Like Frank Lloyd Wright, Fires of Denmark create challenging, modernistic art. Also, like Frank Lloyd Wright, its creativity is timeless. While much of the music on the album may remind you of dark voyages Brian Eno and David Bowie explored together in the studio, one here titled “Start Living Outside Of Time” has a pop-ish dance groove driving it. However, Terrill’s voice is consistently ominous on it (and other recordings from the project). Although much of this project is relatively quiet, “Do You Know” is comparatively loud, featuring a driving bass line. “And On And On,” in contrast, is far softer – even soulful, if you will. Terrill sings this latter one in a more empathetic sounding voice. Its sonic bed is minimal, as Terrill vocalizes it in a somewhat languid vocal tone. It also features what sounds like a trumpet, inputting woozy melodic lines. The song’s percussion is a little more than a series of percussive clicks and clacks.

Lyrically, Relativity is, well, relatively philosophical. For instance, “Time Will Wear You Down” can be taken a few ways. Yes, it can be interpreted that age is finite. Eventually, we all wear out and pass away. However, one imagines Terrill is thinking more conceptually, about the more esoteric understandings of time.

Another influence you may not immediately pick up on, however, is the album ending “Miles Above You.” On it, Terrill sings, “Coming down fast but I’m miles above you.” This is a direct quote from “Helter Skelter,” off the Beatles White Album. It’s more of a repeated chorus, then a full song. Nevertheless, it’s creepy because of the way Terrill sings it. Of course, it’s creepy, just by its association with Charles Manson and The Manson Family. When his cultic group went on its killing spree, followers wrote “Helter Skelter” in blood on the wall. Sadly, the Beatles originally actually sang about a slide in London. Nevertheless, Charles Manson, in his insane and LSD-saturated brain, took this song to be his weird, murderous marching anthem. Sonically, the Fires of Denmark track ends with some truly beautiful acoustic piano music. This recordings includes many sections, obviously, and clocks in at 12:31. What Terrill is attempting to say with it is debatable. What’s not debatable is the ambitious nature of this recording.

Relativity earns multiple listens and requires close attention to fully comprehend it. There’s a lot going on, and Mike Terrill has a restlessly creative musical mind. It may have a science-y title, but Fires of Denmark create a darkly emotional landscape with this album. It is alternative music, in the sense that thoughtfully planned out music is clearly a better option than fluffy pop music. Dig in. Get lost. Enjoy the wonderful rabbit hole that is Fires of Denmark.