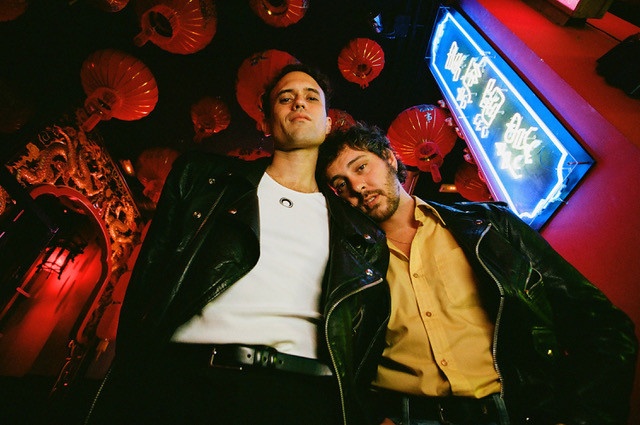 Madrid duo The Parrots share the new single “It’s Too Late To Go To Bed,” the latest track from their upcoming album Dos, due out October 29th via Heavenly Recordings / [PIAS].

On the track, the band share:
“Even though garage rock is kind of the core of all our influences, in the last few years we’ve been listening to lots of stuff that we’d kind of relegated to a second position. We rediscovered a lot of artists that we listened to back when we first fell in love with music – bands like LCD Soundsystem and Gang of Four, lots of mutant disco. Tom really helped us there, he made sense out of the chaotic mashup of influences that we brought into the studio.” – Diego

“Also, because we’ve always loved hip hop, we followed a different approach to putting songs together, using samples and sampling ourselves a lot,” adds bandmate, Alex. “Beastie Boys, ESG, Devo, Los Zombies (the Spanish band) were all a very big influence on the tone of the record. Also, the Spanish music scene has been changing a lot in the last years and listening to a lot of new Spanish artists has helped us break down some walls and made us create music in a more free way.”