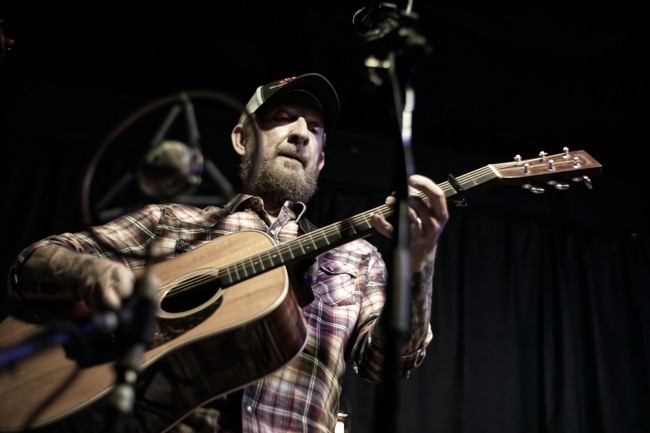 A nice blast of rustic Americana, MoeDeLL sings with soul on “Ain’t That Something”. These vignettes have a lived-in grace to them. By having the rest of the band perfectly punctuate the power of his words, he creates an entire universe that has a raw grit to it. Guitar work is expressive as the phrases used further add to the country fried charm of the work. Rock, country, folk, all these things come together within a rather loose pop template. His voice has a delightful croon to it, like talking to an old friend, there is something welcoming about it.

Things open up with the spirited “B.O.P.” which touches upon the philosophical musings of the Silver Jews and Sebadoh. Loose and carefree “Cold Side Of The Pillow” the song has a playfulness to it. Delicate to the ear is the nimble work of “The Double Crosser” where he injects just the right amount of tension into the proceedings. Impassioned playing races through on the jaunty “Fire” as he brings just the right amount of the blues into the fray. Easily the highlight of the album comes from the sheer intensity of “Guilty By Association”. With an appropriately driving rhythm is the hypnotic “The Trucker Song” featuring some nice sprawling imagery. On the finale “All Hell’s Broke Loose Again” he strips things down to the absolute essentials in a way that feels so intimate.

Carefully laid out narratives define MoeDeLL’s deeply felt “Ain’t That Something” proving him to be an exceptional storyteller.