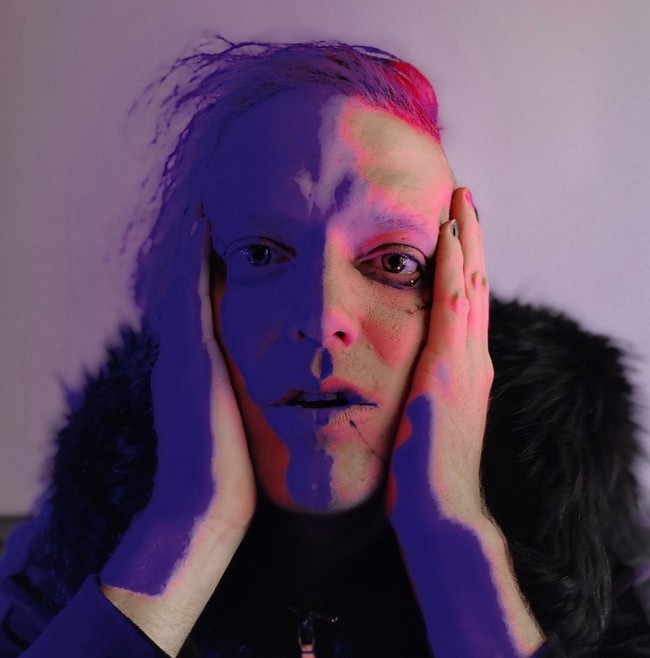 Hollywood Undead’s one-time touring drummer Matt Oloffson has channeled his energies into a new creative project. He’s assumed the mantle of Billy Hermosa and the first single “Electric Glow” from his EP Wylde Card bodes well for the future of this unexpected project. It opens with bass and a steady pulse with just enough variation to hook you in. I love the early minimalist vibe it embraces, but Hermosa expands on the song as it progresses. Some will label this song as alternative rock and, yes, it does feature potent guitar contributions, but it has a much further reach than labels allow. I can be persuaded to describe it as alternative with a strong singer/songwriter aesthetic – there’s a great deal of obvious consideration given to structure, the lyrics, and the single’s sound.

This obvious consideration never renders it bloodless. Hermosa simmers from beginning to end, bubbling over in increments rather than wholesale, The aforementioned guitar playing makes this happen. I believe many listeners will like, if not love, the lead guitar work and its serpent-like slither, but no one element ever obscures another. Hermosa adopts a balanced compositional approach and producer Dave Darling does as well. It is obvious that Hermosa has surrounded himself with an able supporting cast who help realize his musical vision.

It has a great opening couplet that lays down the gauntlet. Hermosa’s spartan approach to the arrangement extends to his words as well and he’s made great efforts to craft punchy lines capable of commanding your attention. It brings about a handful of memorable lyrical turns that Hermosa’s vocals recognize and underline for listeners.

He applies a smattering of post-production effects to the singing. Hermosa’s voice doesn’t need much manipulation and the song doesn’t demand such ornamentation. Instead, he sings the verses with understated relish and a hint of breathiness in his voice I find appealing. Hermosa has that ever-elusive quality of “presence”, as well – when he sings, you can’t help but listen to him. You can’t teach this sort of charisma and it gives the song much of its “rock attitude”.

The song builds into a final driving, irrepressible form by its midway point. It is an adult track but, nonetheless, has an exultant youthful push that gives “Electric Glow” ample commercial potential. Hermosa can take pride that he did it on his terms if it succeeds in that arena. There’s a lot going on in this song that constitutes his take on time-tested musical elements, but that’s where its heart lies. Everything going on during this track bears Hermosa’s mark rather than imitating someone or pandering to the lowest common denominator.

It’s one of the best singles in this vein I’ve heard in 2021. Matt Oloffson has struck creative gold with this new artistic role. It offers him an apparently versatile vehicle for exploring his gifts and has promise for reaching a large audience of admirers. It is difficult, at best, to anticipate the turns our lives will take but I cannot help but think Oloffson has, at least for now, found his path with Billy Hermosa.