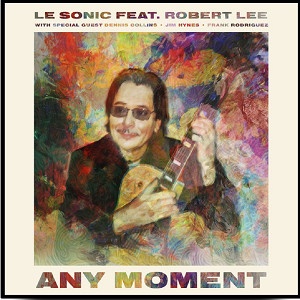 Collaborations that bring the best out in both parties tend to be the ones we never forget, and while Le Sonic’s “Any Moment” is a relatively new addition to my summer playlist, it feels like it has the potential to be a track that doesn’t depart my mind anytime soon. Alongside the one and only Robert Lee, Le Sonic presents us with a surreal jazz performance in “Any Moment” that tugs at our heartstrings with nothing more than a simplistic harmony, born of nothing more than a vocal and a distant piano’s gaze. It’s both futuristic and remarkably retro, which is a pretty tough balance to achieve in my experience.

Rhythm is the main focus in this single, but it isn’t driven solely by the percussive section at all. On the contrary, the bassline has a bit part in defining where the tempo is going to go, and although there isn’t much pressure coming from our vocalist, it still feels nudged along by the verses, the same as it would in a standard pop song. The structure of “Any Moment” is almost frustratingly black and white, which makes the substance of its content so much more fascinating to analyze from a critical perspective.

The lyrics in this piece are minimal at best, with the words amounting to the title of the song and nothing more, but this doesn’t impede the presence of the vocal tone and what it contributes to the narrative Le Sonic wants to develop. In many ways, the tonal charisma of our singer is the story being told, while the instrumentation is the setting in which its implied protagonist is made to live. There’s something really natural and almost sexual about this depiction and its raw, unpolished conveyance of emotion, and it had my attention from the moment I sat down with this song.

This master mix emphasizes the conservative stylization of the instrumentation rather than propping up the cerebral qualities it ironically produces, and I think this was the right way to go all things considered. It would have been disastrous to spotlight indulgence on top of indulgence for no other reason than to distract us from the lack of jazz virtuosity we might expect out of a recording session with so many heavyweights involved; to me, keeping the cosmetics simple makes the actual meat and potatoes of this material easier to digest and, more importantly, enjoy for all it’s worth.

I just got turned on to this track ahead of its official release this summer, and if it sounds anything like what Le Sonic have planned for their future output, I doubt their moniker is going to fade from the headlines anytime soon. History aside, the players who are putting their all into this track have heart for the rhythm and harmony central to the climax in “Any Moment” unlike anything I usually hear on the mainstream side of the dial. Theirs is a profound love of music, and it’s resulting in some of the most intriguing new experimental jazz I’ve heard from an independent source lately.

END_OF_DOCUMENT_TOKEN_TO_BE_REPLACED 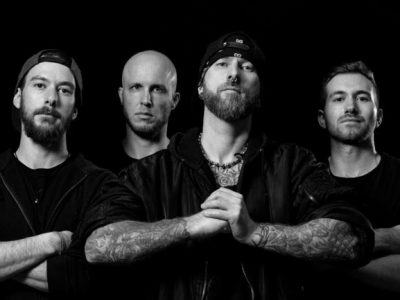