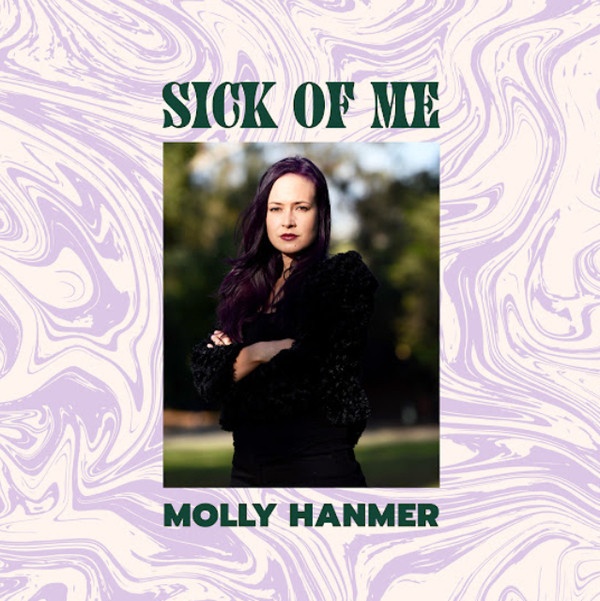 Molly Hanmer and the Midnight Tokers and their second album release Get Loose promises to be one of the year’s best releases on the basis of its first single “Sick of Me”. It breaks with the primarily Americana sound listeners encountered on their commercially popular and critically lauded 2018 debut Stuck in a Daydream and broadens her stylistic range. Blues and rock are crucial to Hanmer and the band’s musical identity but there are strands of punk rock as well wafting through this new single. Her ability to give home to both rage and human vulnerability in her vocals is a great skill.

Don’t expect poetic flourishes in these lyrics. It isn’t a put-down, it simply isn’t needed here. Hanmer speaks to her listeners in an intelligent conversational style boasting immediacy and strong percussive verbiage. It’s a product of the pandemic, without question, and that isn’t a bad thing. Songwriters will be mining this ongoing disaster for material for years to come and it’s natural someone with a vested interest in self-expression would latch onto the emotions born from long-term lockdowns.

The track begins with a wicked full-throttle rave up dominated by drums and guitars. It’s elemental stuff, no frills, and many listeners will likely respond to it thanks to its honesty and formidable sound. It’s muscular without ever overpowering the vocals. Mickey Madden’s lead guitar works well in tandem with Hanmer’s rhythm playing and the engine room of bassist Alan Hampton and drummer Keith Palmer. The latter duo provides a solid foundation that reverberates in a listener’s sternum.

It is a complete song, as well, with a memorable ending. Madden’s solo during the song’s second half will, for many listeners, embody what a rock and roll guitar solo should sound like. Hanmer’s vocals are on point, as mentioned earlier, for the song’s demands. She has a nasal quality in her voice that gives her singing a cawing, divisive edge. It pumps the song up with even more attitude than it already possesses.

The album is due to hit in September and will generate instant enthusiasm for the release on the back of this single. Hanmer and her cohorts have chosen well. Let’s hope they soon get the chance to translate this track over to live performance where it will undoubtedly take on new life and reach heights the studio recording never scales. It’s a powerhouse reminder, as well, of rock and roll’s enduring transformative powers.

Music like this can give voice to the voiceless. If you dismiss this as cliché, then you are dismissing the genre’s history in one fell swoop. One of the most appealing qualities of this song is the feeling you experience listening to it that the singer has something urgent to say, the stakes are high, and they or their bandmates broker no compromise. Another is how loose and confident they sound. “Sick of Me” is a certain crowd pleaser and as timely a statement as you’ll hear about the pandemic’s effect on untold lives.