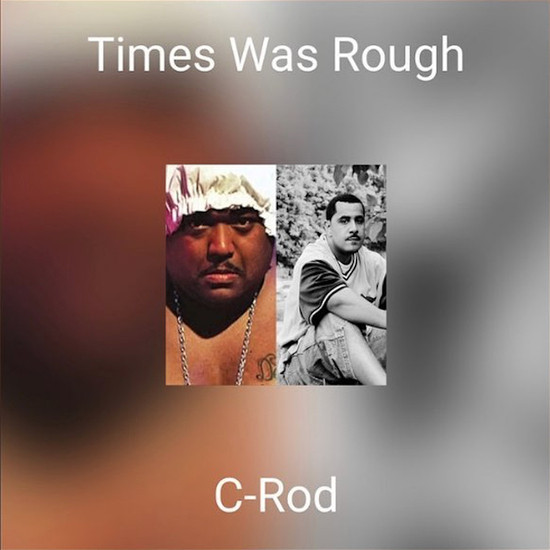 C Rod is the rapper rising the ranks pretty quickly right now, and with a repertoire of hip-hop tracks packing in some real truths, you can see why. His intricate flow and innate ability to sit slickly on the beat emphasises the realities that resonate throughout his lyrics. Just look at the power that propels his previous album ‘Make Hip Hop Great Again’ to heights unknown. I am seriously grateful this album has burst onto my radar. It’s made up of twenty-one tracks, each packing real production punch and lyrics bursting at the seams with both self and societal awareness. Seriously, just have a listen.

The same goes for his latest single ‘Times Was Rough’. The single features the deep tones of Bizarre and together the pair have crafted a completely catchy hit. Utilising the production prowess of I.R.A and Sosa, ‘Times Was Rough’ seriously slaps. The vintage keys sample sails throughout the track and immediately an addictive groove is kicked off from the first loop. The bass in this track is pretty hardcore as it follows the samples lead. It’s hard not to be consumed by the depth of the production with this one. C Rod’s tone is better than ever. Swaying slightly from the society critiquing rooted in his previous releases, ‘Times Was Rough’ is an honest ode to C Rod’s childhood. Naturally, C Rod shares his truth with the catchiest chorus and impeccable flow that is a staple of his sound. Bizarre’s verse is an exciting addition to the track. His bars have a natural bounce that breathes new life into the beat below, but it’s his ad-libs that add a whole new flavour to the smooth single. ‘Times Was Rough’ has a real summer vibe about it, maybe it’s the keys or the synths sprinkled over the top. Either way, one thing’s for sure, times may have been rough for C Rod but with his discography blowing up so much this year, it’s sure to get a whole lot better real soon.

Listen to ‘Times Was Rough’ on SPOTIFY | BANDCAMP | APPLE MUSIC