To say Joy Harjo is unique, would be putting it mildly. Joy Harjo is an American poet, playwright, musician, and author. Her album, I Pray for My Enemies, is filled with poetry, just as you would expect from a United States Poet Laureate. However, there is so much more than Harjo’s Native American poetry contained on the album. Harjo is also a skilled saxophonist and incorporates plenty of jazz sounds (as well as jazz-inspired lyrics, including lines about trumpeting great, Miles Davis) filling out this wide ranging, 16-track opus. 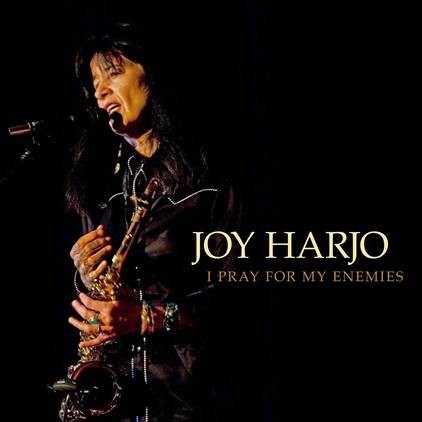 Harjo saves her best track for last, in what passes for the album’s title tune, “This Morning I Pray for My Enemies.” Harjo’s vocal is spoken and is placed over a hypnotic drum groove and spacey keyboards. The track’s chorus is a performed by a spoken word choir, with a meditative cadence. In our severely politically divided world, Harjo’s vow to pray in the morning for her enemies is nothing short of revolutionary. Cancel culture is one that takes no prisoners, is quick to blame and absolutely unwilling to forgive. Harjo may be a long way from Christianity, theologically (one assumes, at least), but her decision to pray for her enemies, rather than annihilate them, is downright Biblical. Matthew 5:44 in the New Testament, finds Jesus stating unequivocally, “But I tell you, love your enemies and pray for those who persecute you.” She is more Christlike than many actual Christians.

Listen: I Pray For My Enemies:
https://promo.theorchard.com/8Ssmnp0UbZW4OjoHXaoX

Elsewhere, Harjo writes decidedly philosophically. “Why is Beauty” asks a question that is difficult to answer. We may agree on why many things are beautiful, but why is there any beauty in the first place? What is the purpose of beauty in our increasingly ugly world? Clearly, this isn’t your typical pop music record. Harjo doesn’t sing songs about hot guys and great parties. No, she has deeper subjects on her mind. Thus, this is not a party time record. It’s not something that makes the good times roll. Instead, it is thoughtfully meditative, much the way Harjo most likely is.

We’ve come to know that Native Americans have a deep love for nature. “Earth House” is a song that praises nature and traditional Native American life but eschews many modern conveniences. Such musings are so foreign to our technologically obsessed modern world. Harjo is no stranger to modern technology – how else would she have created this modern recording, without also understanding contemporary technology? However, she can balance a knowledge of the new, with an equal love and respect for her ethnic traditions.

It’s good to know at least one artist is praying for her enemies. What a wonderful world this would be if we all followed her good example.