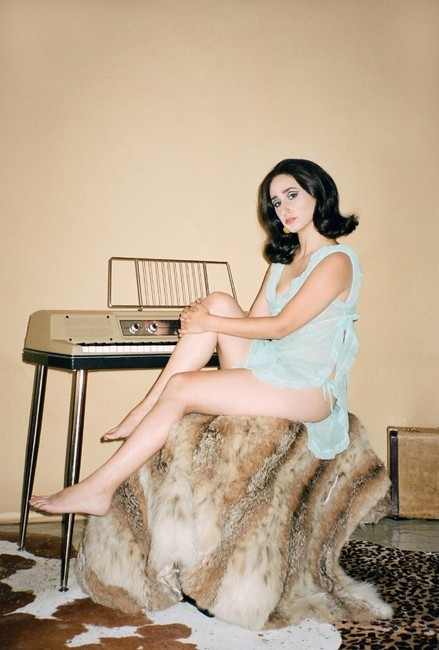 LA-based indie pop singer, songwriter and Wurlitzer enthusiast, STACEY, has curated the 60s and 70s retro vibe to perfection and today, she announces her debut album, Saturn Return, is due out on May 21, 2021. With previous singles “One Woman,” “D.M.T” and “Far Away,” the energy of “That 70s show chic (LADYGUNN) and “Psychedelic pop with a modern twist (Wonderland Magazine) has been illuminated in full technicolour already and tmrw Magazine says, “If the goal was to enchant us all into anticipating the upcoming album, it has certainly worked.”

Today, in extremely meta fashion, STACEY shares “The Songwriter” — now streaming everywhere — along with a video that proves “STACEY is California dreaming (Refinery29).” The tune is based on real-life events that seem cinematic by means of being absolutely adorable and rom-com script-worthy, but without being overdone. POPCRUSH calls her “an old soul,” which would explain the timeless feeling of when the universe places a gift so close yet so far. STACEY says:

“’The Songwriter” contemplates whether 2 songwriters are writing a song about each other. I bumped into a familiar man at my local dry cleaners one day in LA. I thought he was cute and immediately turned into a nervous weirdo. After stumbling through a conversation I realized I recognized him. He was a writer on one of the biggest songs in the world that year. I liked the idea of serendipitous romance between songwriters. And so, I extrapolated the run-in and painted in a rosy narrative.