“All we need is a telephone,” sings John Reilly on his latest anthemic single, “a satellite beaming me to your home.” It’s no idle boast. Like thousands of other musicians, Reilly is eager to employ any means by which we might all stay connected during this long and painful period of isolation. Phones, satellites, the Internet, smoke signals – to a rocker determined to communicate, distance is no obstacle. 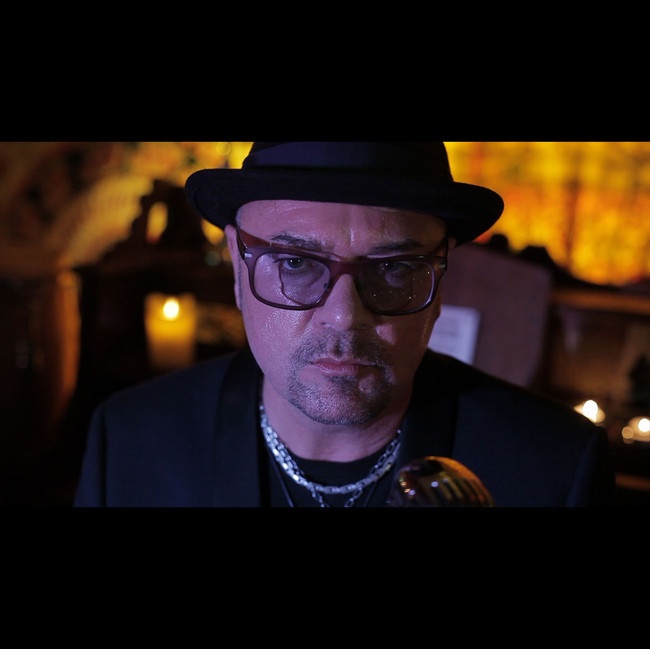 But here’s the difference between Reilly and his peers: he’s already got a dedicated audience waiting to receive his latest transmission. As the frontman and principal songwriter of Atlantic recording artists Boy on a Dolphin he has every reason to believe that his songs will be enthusiastically embraced. Through Boy on a Dolphin and other related projects, Reilly built the sort of relationship with his audience that no season of quarantine could sever. If “LA LA LA (Bulletproof)” strikes you as an unusually uplifting and triumphant statement, that’s the reason why: even in the midst of a crisis, Reilly has his city behind him.

That city is Sheffield, in the heart of Yorkshire – right in the geographic center of England. John Reilly has been deeply involved in the public culture of his city for decades, and he’s often taken inspiration from its history. He’s written passionately about the Women of Steel and helped raise the£150,000 to erect the award winning statue celebrating the local women whose industrial labor helped put the U.K. on the winning side of both World Wars. His musical and literary tribute to the steelworkers won him the respect of his neighbors and a lasting place in the cultural history of one of England’s most interesting and iconic cities.

“LA LA LA (Bulletproof)”, a piano-driven tour-de-force, is another stunning example of Reilly’s writing partnership with Canadian Lewis Nitikman. From the get-go, it hails the joy of the one thing helping to keep us sane: the magic of a telephone (that’s really so much more than a telephone) to connect us with loved ones over small distances or thousands of miles. The connection Reilly enjoys with his listeners is on bold display in Rob Fitzgerald’s stirring clip for “LA LA LA (Bulletproof).” It’s a lyric clip, but the director has also included plenty of footage of the star onstage, leading his band, charging through a set in front of a large and rapt crowd. Years of touring with Boy On A Dolphin and his own outfits have taught Reilly how to work an audience – when to pull back, when to let loose, and just how to inspire his listeners to reach for the stars. In order to underscore that optimism, Fitzgerald has embedded the concert footage within shots pulled from vintage science fiction movies. It’s a delightful juxtaposition of old and new, following a 1960s Japanese sci-fi hero “Starman” in his quest to save the earth. Every rocket launch, every shot of a space station, and every interstellar flight is a powerful visual metaphor for Reilly’s determination to bend time, and space, laugh in the face of misfortune, and bring his music to you.