Flying solo can mean a few different things. In one positive way, it can mean personal freedom. They say that the one who travels alone, travels fastest. Being solo suggests there’s nobody to drag you down or slow your progress. Flying solo can also refer to literally flying without a flight instructor. This, too, is an expression of freedom, as well as s sense of accomplishment. Another solo reference relates to taking an instrumental solo in a band. It’s a chance to be heard above the rest of the musicians, and also an opportunity to improvise. Arnold Mitchem’s single, “Solo,” however, is about the romantically single life. “Baby’s gone/Moving on,” he tells us. 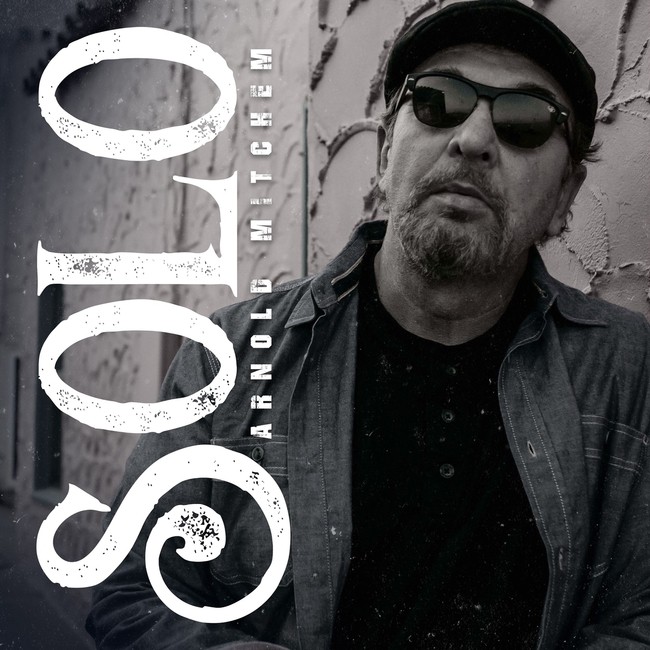 Mitchem’s song is an easygoing blues track. When he takes a guitar solo, it’s a bluesy one. However, the chord structure and rhythm is not a classically blues pattern. It’s slightly jazzy, as well. It sounds like a lighthearted Dire Straits groove, even though that band wasn’t known for creating lighthearted music.

“I can go anywhere I like/Or I can go mad,” Mitchem tells us at one point. That’s the rub of breaking up. Yes, it gives a person more freedom. However, freedom can also lead to loneliness. Yes, a person can eat their “dinner at a fancy restaurant,” as Prince’s “Nothing Compares 2 U” reminded us. What good is a tasty meal, though, when you don’t have somebody with which to share it. Too much aloneness can eventually lead to madness. Even the Bible tells us man was not meant to live alone. Sure, some guys are perfectly happy all by themselves. However, that’s probably the minority. Most guys want/need companionship. Isn’t it just like us, though, that when we’re with someone, we feel tied down, but as soon as we’re cut loose, we feel lost? Contentment can be so difficult to find.

For much of this track, Mitchem is accompanied by a female backing vocalist. The instrumentation on it is sparse. It’s mainly just guitar, bass and drums. Mitchem sings well, with a melodic, yet conversational vocal style. The track sets into a groove and pretty much keeps to that groove all the way through. There aren’t a lot of instrumental bells and whistles going on throughout it.

In the end, the listener isn’t sure where Mitchem stands with his newfound singleness. Instead, the song is his way of contemplating his options. It’s as though he’s making a list of the pros and cons of being single. At this point, it’s a fairly even comparison. Maybe his next song will be a blues track where he whines and complains about being left alone. Maybe, but not yet. He’s just trying to get his head around these new circumstances. “I could be happy/Or I could be sad,” he tells us. Perhaps, only time will tell which of these emotions wins out.

Arnold Mitchem’s single is a nice, naturally sounding song. It doesn’t sound overly labored over or overthought. Instead, it comes out relatively spontaneous. Mitchem is just being honest with us here. He has a lot of directions his heart can take him, and he’s just not sure where he’ll end up, when all’s said and done.