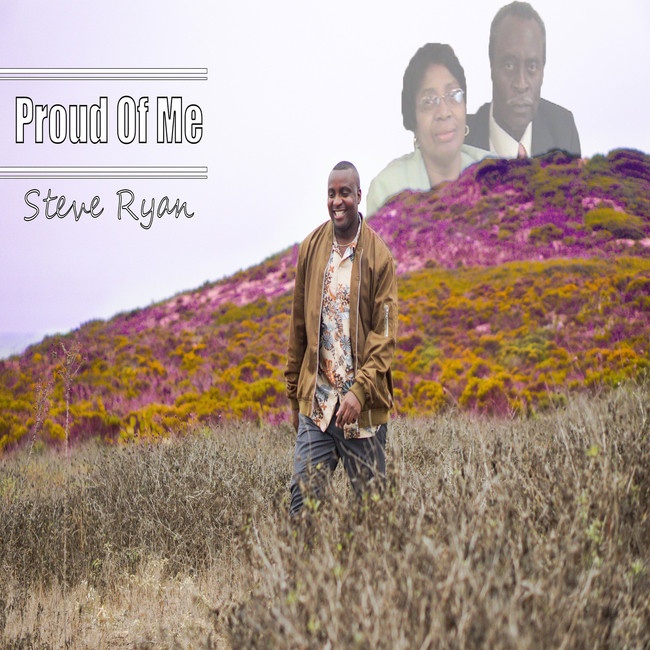 Steve Ryan is blessing our sound systems with his upcoming single this April. With his music rooted in a masterful mix of pop, rock and R&B, Steve Ryan’s sound has been soaring to new heights in recent years and we’re lucky to be along for the ride. Having been in the game since 2010, Steve Ryan has seen his debut project ‘Steve Ryan Presents’ exploding the up and coming artist onto the scene and his second EP ‘Intermission’ securing a spot in Amazon’s best selling category. Pretty big deal. It is growing appears that Steve Ryan is set on a trajectory towards audio elevation. His upcoming single is no exception.

‘Proud of Me’ is the motivational, moving moment ready to lift us out of our lockdown funks this year. As a tribute to his late father, Steve Ryan has poured his heart into this tune. Steve has sculpted a soundscape reminiscent of R&B ’90s ballads. Over a bed of graceful piano notions, Steve Ryan’s vocals stand centre stage, rightfully so. His vibrant tone and powerful vocal performance transform this track into an inspirational anthem. Supported with spacious synths and a relaxed rhythmic line, you’ll be swimming through a sonic journey with ‘Proud of Me’. Steve Ryan crescendos into a punchy, captivating and catchy chorus; allowing us to be consumed by the motivational message in the soul of this song. A stunning element within this song is the unwavering vulnerability that Steve Ryan so bravely boasts. With admirable authenticity, Steve Ryan lyrically laments over turbulent times with his father, showing us all that speaking your truth is where the magic in music lies. The animated video for ‘Proud of Me’ is a beautiful addition to Steve’s story, letting the lyrics grow new life through the touching tale told on screen. ‘Proud of Me’ is the inspiring anthem we’ve been yearning for this year. At its heart is a message of hope, faith and strength — what more could we need after such a treacherous time? This song is set to start Steve’s year off with a bang, and whilst he may question how proud he has made his family in this single, from this track alone, he’s certainly made us just that.