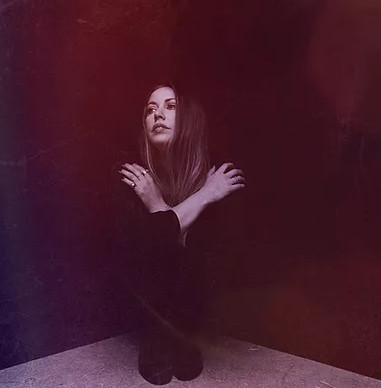 Leni Black’s singing style is definitely on the lighter side, but it should be noted that she’s yet to give us a halfhearted performance in the studio – the exact opposite, truth is told. Although the vocal she went within the new single “How I Feel” touches on a subtle side of the pop spectrum often relegated to the indie section regardless of the deeper aesthetics of the music, there’s an intellectual wit to its narrative that doesn’t get lost in the lusty translation. This is a singer and songwriter who has quickly learned how to make the most of her natural talents without having to lean on the tools a synthetic backdrop can afford her work, and in this performance, we find her sounding more confident than ever.

The rhythm of the instruments only works to reinforce the mood of the lyrics and advance the theme of “How I Feel” through a multifaceted means, leaving the very notion of this being another predictable pop number in the dust before we know what hit us. There’s an urgency to this performance that is unmistakable, but Black is very careful as to how she’s going about injecting each verse with a bit of adrenaline. She’s neither rushing nor holding back, but setting the pace with her emotionality as much as she is the cadence of her words with the beat in the background. This is thoughtful pop music, debatably as much so as the genre can ever get without spilling into experimental realms, and it sounds really amazing when delivered by Leni Black.

There’s a dreaminess to the harmonies in “How I Feel” that had me excited right out of the gate, and I don’t think they’re the result of any filler components introduced into this mix (mostly because I couldn’t find any with my naked ears). I think that you would be hard-pressed to find another indie player taking organic songwriting quite as seriously as this potently gifted young woman is in 2021, and while there’s still some room for her to grow into this identity she’s creating through the melodic strength of her new song – built on the foundations of her first two, “Marigold” and “Barcelona Butterflies,” of course – she’s asserting herself as a must-listen artist here.

It’s easy to be reticent to join in on the hype any new artist accumulates, but I can tell you now that the buzz surrounding Leni Black is 100% credible, and her talent is definitely a real force to be reckoned with. I’m ready to hear an LP from her after getting a taste of her most aggressive work so far in “How I Feel,” and if you haven’t already given this track a spin, you need to do so before March is over. This is starting to feel like a big spring season ahead for the indie-pop movement in America and Canada, and right now, Black already has one heck of a leg up on the competition.