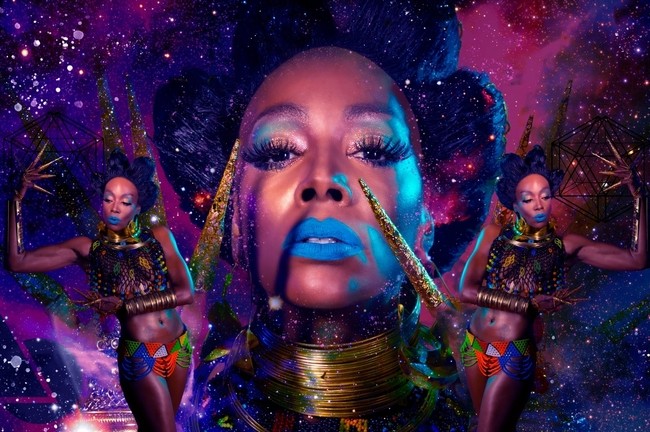 There are many ways singer, songwriter, and producer Sy Smith can be described, but the one that best captures her?: “queen who does queen stuff.” Simple as that. She’s been pioneering the Los Angeles nu-soul scene for more than a decade, cultivating some of the most progressive artists that came directly from her own band’s line-up. The soul singer might’ve secured her position in the underground scene, but her musical resume boasts notable highlights like five solo albums and collaborations with icons like Zo!, The Foreign Exchange, and Phonte. She’s even extended her skills to acting (How I Met Your Mother, American Dad) and treats the endeavors with as much passion as she does with her music. The songstress is like a breath of fresh air, giving us something new and refreshing, no matter what genre or project she takes on.

The 1965 classic makeover of “Feeling Good” by Nina Simone was a richly orchestrated and affirming cover. It became a template for Michael Bublé, John Legend, and Avicii to make their own versions of, but Sy Smith joins forces with DominiqueXavier to update the song for the modern day. It’s a jazzy uptempo take on the classic and is all about reveling in the small things and enjoying them. DominiqueXavier is kinetic on the keyboard and assists Smith in inserting a slinky neo-soul flair while remaining true to its buoyant mantra. Let this song be your good morning tune and goodnight track; it’ll begin and end your day with cheerful vibrancy.

After experiencing the turbulence of 2020, we are all in desperate need of a pick-me-up. Sy Smith does not hesitate to send out good energy in her new music video “Feeling Good,” featuring DominiqueXavier (keyboards for Prince, MonoNeon, Snoh Aalegra). How does she instantly make her and our day better? By dancing past her obstructions and even throwing them in the garbage, literally. Objects that represent toxic traits like “self-doubt,” “uncertainty,” and “apathy” are picked up and tossed into a giant garbage bag. Smith cleans up the area and heads on her way with no emotional baggage holding her down.

As she heads outside to empower other women, bubbles float around with new words that redefine our outlook in life. Positive phrases that we get to choose and take control of, like “optimism” and “purpose,” are being embraced and claimed. The clip has many African influences as well, ranging from the colors, to the ensemble during the breakdown, to the Afrofuturistic “Sy Boogie” goddess who’s seen blowing the bubbles and ushering those characteristics of empowerment into the world for anyone who needs to catch them. The encouraging bubbles never cease; in fact, the last one to float across the screen states “freedom,” the release you feel when you’re “Feeling Good.”