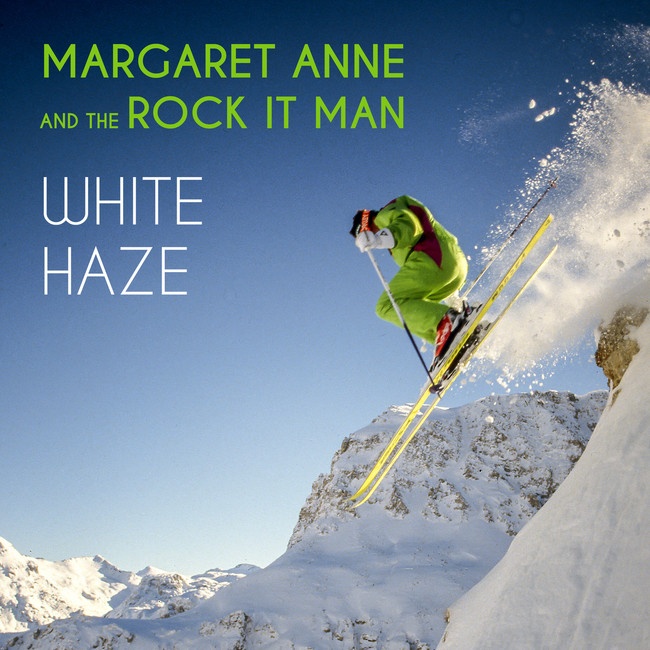 Margaret Anne and the Rock It Man’s “White Haze” begins with an extended instrumental intro, notable for its electric guitar soloing. This track has the luxury to develop slowly because it is a lengthy 7:24 recording. After this Santana-esque guitar intro, though, the song then goes into more of an acoustic guitar strummy mode. It is here, then, that Margaret Anne’s lovely singing starts in. However, it takes about a minute just to get to this point in the song. The song’s outro is also extended, but not nearly as long as its inro. The track’s drumming also stands out as being like that found in traditional Native American music.

Approximately halfway through the song, Anne begins to sing about having no borders, no boundaries. It sounds as though she had these restrictions in a past relationship but has them no longer. The song’s title, “White Haze,” sounds to be the life factors and misunderstandings that kept this person lost. Her confusion goes all the way back to childhood, as she sings about bad experiences even on the jungle gym as a child. She describes herself as a “dreamer of dreams,” which separates her from other family members and past generations. She’s following “the changing world” out of this trapping haze. Her dreams are as big as seeing a world where there is no more war. Yes, she’s a dreamer of dreams, but is also a dreamer of good dreams. We can only hope her big dreams come true.

“Cabin Boy” is more of a rocker. A rocker, with a jam band grooving it, that is. It sounds little like The Steve Miller Band’s “Fly Like an Eagle.” On it, Anne’s vocal spars with the electric guitar. All throughout, a funky bass part rolls on. There is also soulful organ and horn sounds incorporated. It’s a love song, yes, but it also sounds like a lust song. Anne’s lead vocal is supported by backing vocalists. Although this is a soulful song, Anne’s voice never breaks and gets scratchy. No, she sings this one smoothly throughout. Toward the track’s in, the instrumentation quiets down while Anne declares her desire for a cabin boy. She does this in her best Chrissie Hynde, come hither voice. This vocal part is followed by an extended electric guitar outro.

These two tracks express a pair of widely differing sides of Margaret Anne and the Rock It Man’s music. On the one side, she comes off like a social warrior, finding her way to the fight for social justice. Then on the other side of the spectrum, she’s a lusty, romantic lover. Clearly people can (and should) be a little of each. Nobody wants to be overly worried about the state of the world, nor ought they be sex addicts, eitgher. We’re complicated people, we humans, and we can be variety of personalities all rolled into one. This track also expresses Margaret Anne and the Rock It Man’s skilled musicianship. Although these are studio recordings, it’s obvious from hearing them that these players love to stretch out and jam live.

Whatever the side, though, these tracks reveal plenty of Margaret Anne and the Rock It Man sonic goodness.