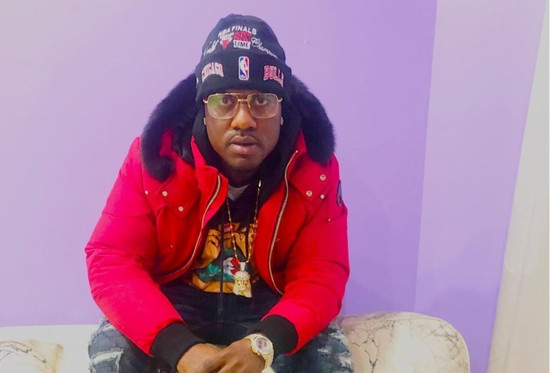 Elijah Levi Williams, professionally known as Iceman D.B.H. (Da Big Homie) is a passionate lover of music and a fast-rising act of Brooklyn East New York. He began making music creatively at the age of 13 and went professional in 2014. For the 29-year-old, music is a tool to motivate people, while entertaining them and for that reason, he continues to evolve at a fast pace. With such refined definition of music, Iceman D.B.H continues to create inspired and quality music from his heart. A talented rapper, his rap is greatly influenced by rap legends like Biggie, Wu tang, Eminem, Lloyd Banks, and Jay-Z.

Iceman D.B.H. started by writing poetry as a kid. He got better at it but never had a focus to push for a career as he grew older. After several years away from music, he cut the chase by finally realizing how much he lost. His hit single, “Dubbing You,” incredibly rose him to prominence, boosting his fanbase, fame, and musical appeal. Also, he dropped an Mixtape called, “Return of Da Hustler” and presently has numerous tracks and videos on SoundCloud and YouTube. Iceman D.B.H. is diligent and pays great attention to his craft at all times. In recent times, his style has been compared to that of the legendary rapper, “Big L.”

Since his involvement in the music industry, he has had some remarkable breakthroughs. Iceman D.B.H. is also recognized for his peculiar rap style and love for music. In his career years, he has also worked collaboratively on several projects with other artists like him. Daily, Iceman D.B.H. puts in tremendous hard work into his creative endeavors and hopes to keep showcasing significant improvement in his music. Every music lover should look out for this one he is redefining music in a genuinely unique language.