James Kevin O’Connor is quite the renaissance man. Yes, as this full-length album testifies, he’s a singer and a songwriter. However, he is also a radio and television personality, as well as a certified Christian chaplain for the prison ministry he started. Although he also creates Christian music, Geography Of The Soul is not an overtly spiritual collection of songs. Instead, this album’s eleven tracks are mostly filled with character studies and storytelling. 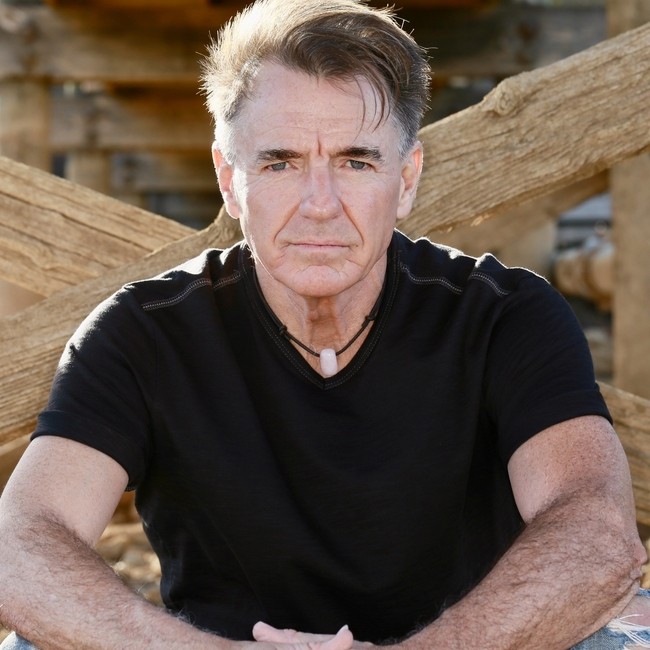 O’Connor is a gruff vocalist. He sings with a raspy tone, which in the case of “Beat The Pinata,” come out somewhat theatrically dramatic. If you enjoy the way Bruce Springsteen phrases his lyrics, you’ll also likely take a liking to how O’Connor vocalizes.

One of the album’s best songs is titled “State of Grace.” It’s built upon an immediately likeable electric guitar riff, which sounds like something ZZ Top might do (albeit, without that group’s overt synthesizer use). It even includes plenty of lead electric guitar fills throughout.

Although this is not, as stated earlier, a strictly religious album, the project’s title, and title song, “Geography of the Soul,” is spiritually-infused. Through it, O’Connor admits to need to study the geography of his own soul. And when O’Connor speaks of his ‘soul,’ he’s not just talking about a theoretical inner being. Rather, he believes he has a literal soul. His soul is the essence of who he really is, and understanding his very soul is the most important education he will ever receive. Just what does this map look like? Different for everyone, of course, but something to which we should all be giving our full attention.

“Favorite Song” is one of the release’s gentler inclusions. It combines guitar with acoustic piano. Although we’re not entirely sure who O’Connor is singing about or to, it’s nevertheless a lovely way to describe a relationship. This ‘song’ has been stuck in O’Connor’s heart for a long, long time. Songs we love, get lodged in our brains and we just can’t ignore them. So, too, are the people we love most. We may think of them at seemingly the most random times. Of course, music fans think this way – a lot. We music-heads associate places and times in our lives with songs we loved at that time. Music and everyday life are simply impossible to separate. It’s just how we’re wired. O’Connor wrote this song because he thinks and feels and lives like a musician.

While “Favorite Song” employs metaphor to get its message across, “I Wanna Be Loved” takes a much more direct approach. He doesn’t beat around the bush. He doesn’t drop hints. Rather, he comes right out and admits his need to be loved. Yes, this could refer to a romantic relationship. Then again, knowing about O’Connor’s beliefs, it could also be directed toward God. The song is built upon a rumbling, rock & roll arrangement. It is another one that also incorporates stinging electric guitar lines running throughout it. Within its lyrics, O’Connor quotes the Beatles, as well as an Elvis song.

There’s no true science for the geography of the soul. That doesn’t stop us from exploring our inner beings. though. This fine album chronicles James Kevin O’ Connor’s creative geographic explorations.