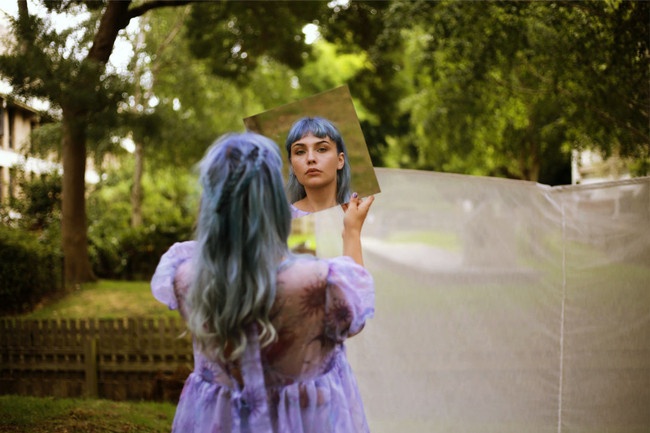 With support already coming in from the likes of The Line Of Best Fit (Song of the Day), Under The Radar (21 for 2021), Earmilk, CLASH, Wonderland Magazine, Refinery 29, Record of the Day, NOTION, Songwriting Magazine, and many many more over the last year, emerging artist Chloe Rodgers has now returned to deliver the new video for her latest single ‘The Algea’.

Originally marking her third release of 2020 after ‘A Delphian Lullaby’ and ‘Faces’, ‘The Algea’ showcased her more euphoric and textured direction to which these new visuals elevate throughout. Produced alongside creative director Kate Lomas, the new video gives us a more intimate insight into her persona and heightens the original release with its rich and colourful perspective.

Speaking about the new video, Chloe said, “We filmed the music video on a freezing cold day at Newstead Abbey in Nottingham. I wanted to use a music box in the video to represent being objectified and getting stuck in the same cycles, as thats largely what the song is about. I wrote the song when I was 18, but didnt add the verse at the end about claiming my power back until a couple of years later when I felt a bit stronger. We tried to reflect this in the video too with the Chloe in white sort of protecting the other Chloe of the past.”

While Kate Lomas added, “This was such a joy to watch come together, the video concept is based around the idea that Chloe is the character in a music box, shes the performer thats spinning round on an endless cycle for other peoples entertainment. The video tells the tale of Chloe definitely breaking this cycle and no longer playing this role.”