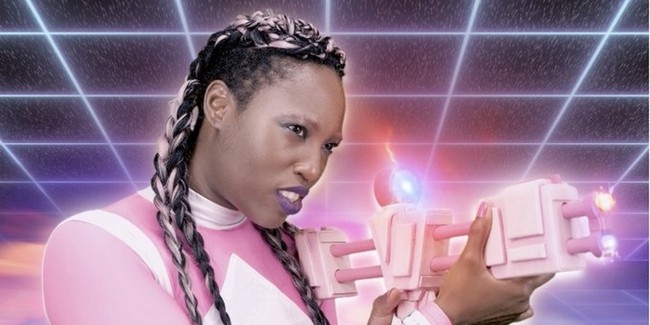 Not many artists have what it takes to change their sound, but for Lesibu Grand, it’s a piece of cake. Lesibu Grand is no stranger to shaking things up, and they’re at it again with their new rockin’ single “Hot Glue Gun.” It picks up right where “WFS” left off in terms of message and angst. Lesibu Grand, led by Tyler-Simone Molton, likes to poke fun and be slightly tongue and cheek with the context behind their music. It’s a theme they’ve carried over from single to single, and listeners can’t get enough of it. It’s pretty safe to say that the indie-rocker Lesibu Grand used to be has been left far behind.

“Hot Glue Gun” is another punk-rock anthem that leaves an impactful punch to whoever hears it. The determined Atlanta natives have given up on policymakers with this track and, this time, head straight for the White House. This band is not afraid to speak their mind and beware of anybody who might cross them. In “Hot Glue Gun,” however, it seems like the actual anger has gone down a bit, and they’re ready to start fixing things, and the only way to do that is with a hot glue gun. The song holds a powerful message, but it doesn’t stop with the lyrics. The punk music or the “80s new wave punk” music, as described by Lesibu Grand, is used to change the listener into somebody brave and inspire them to stand up for what they believe in, especially during difficult times. It’s an inspirational song like no other.

If you thought Lesibu Grand’s last quarantine-made video was impressive, wait until you see this one. This animated clip put you right in the middle of an 80s inspired arcade game with Lesibu Grand and Tyler-Simone as the antagonist. It starts with her driving a light pink Cadillac speeding away from her last high-speed mission just to be called into another one. The goal for this mission is to get the hot glue gun and to fight off the evil bad man. She fights her way through security until there’s nothing left but her, the glue gun, and the bad man. From the music to the animation, this video looks like something out of an old arcade game where you know you’re going to win. It’s fun, it’s vibrant, and it’s the perfect companion for this impactful song.