The end of the year is, typically, a time for reflection – and as 2020 comes to a close, we’ve all got more to think over than we usually do. If you’re feeling exhausted, you aren’t alone. You need songs of empathy and compassion, songs that foreground their poignancy and warmth, songs that are a call for hope in the challenges ahead. You need songs like “You’ll Be There” by the Topanga-raised singer-songwriter Griffith Frank. 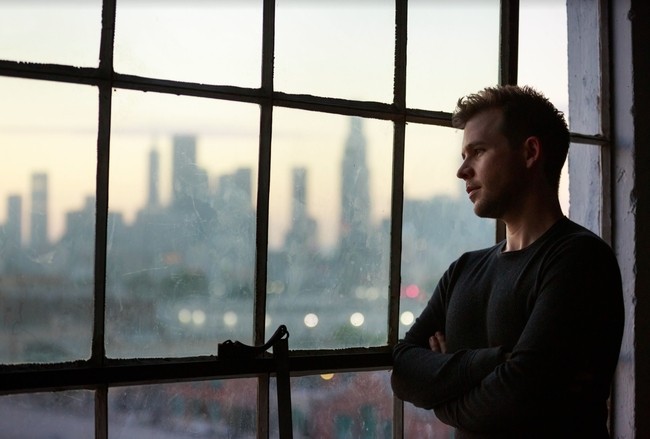 In addition to being an acclaimed artist, Griffith Frank has already distinguished himself as a composer. Songs he’s written for Kendall K., Annie Leblanc, Jojo Siwa, and other pop performers have been streamed more than a billion times. It’s not just his knack for indelible melody and adept lyricism that accounts for his success – it’s also his willingness to grapple with emotional complexity, and his ability to make that struggle palpable for pop audiences. A Griffith Frank composition is often deceptively straightforward and immediately appealing. But after repeated listens, the thoughtful nuance of his writing is revealed.

But as good as Griffith Frank is when he’s writing songs, he might be even better in the vocal booth. He’s the possessor of a clear, smooth and welcoming voice – a voice that communicates candor, incisiveness, and depth of feeling. His sonorous lower register and his stratospheric falsetto are both audible on “You’ll Be There,” a slow-burning piano-and- voice ballad carried by his stunning performance. Like the best piano-based singer-songwriters, Frank is adept at creating a sonic environment where his voice can thrive.

Kaitlyn Fae’s winsome yet powerful clip for “You’ll Be There” presents Griffith Frank as an expert storyteller and a friendly, approachable vocalist – albeit one often overwhelmed by the sheer force of his own feeling. There’s plenty of footage of the young songwriter in action at a gorgeous grand piano, in a room festooned with fairy lights and flickering candles. But the real action in the clip takes place between shots of Frank. We’re shown a trio of characters: a young woman dealing with the death of a treasured loved one, another one seeking the help of a friend in her battle against despair, and a pedestrian who is initially insensitive to the plight of a homeless man. All three of these narrative threads are resolved during the course of the clip – but not until these wounded people grapple with their pain and discontentment and rise above it. Griffith Frank’s winning, yearning, and beautiful song is an appropriate score for their journeys.