The forthcoming “Love Never Dies” maintains the reminiscent quality, conjuring up memories of Bob Dylan and Leon Russell, along with the more modern flavors of R.E.M. 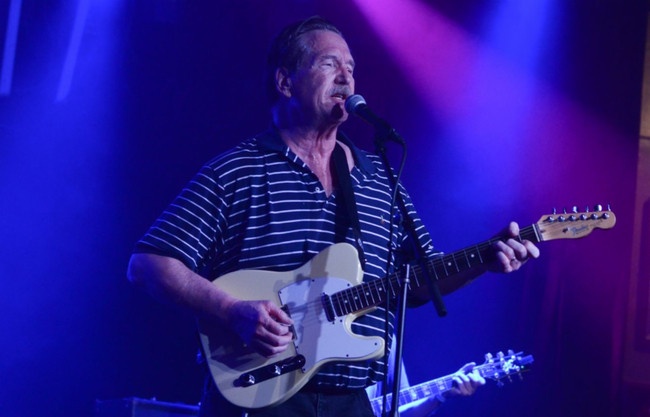 “Love Never Dies” opens on psych-lite tones flowing into a rumbling, driving rhythm consisting of crisp, finessed percussion and a fat, thrumming bassline. Multiple layers of color emanate from dirty guitars and the glittering bray of the organ. Kaz’s voice delivers just a hint of drawling twang, calling up echoes of the aforementioned Leon Russell, as well tinges of Michael Stipe, yet with more projection : “Love never dies / She said it over and over and over again.”

A native of Los Angeles, Kaz became entranced by music early on, lip-syncing with George, Paul, John, and Ringo. Then he took up piano and guitar, followed by writing his own music and lyrics. By the time he hit his teens he fronted his own band, The Illusions. Later, he attended UCLA, majoring in political science. Once his degree was completed, he elected to drive a cab, allowing him time to write and chase his dream.

Constantly writing new songs, along with performing, his goal was to get picked up by one of the major labels. Yet the dream evaded him. Then he worked in IT, followed by returning to school to take a Master’s in Clinical Psychology. Through it all, he kept churning out new music and playing bars and clubs, any venue he could find.
Rather than surrender, Kaz released his music to the public, becoming a fixture on the Adult Contemporary charts, collecting legions of fans around the world.
There’s a raw, retro elegance to Kaz’s music, an elusive familiarity. When listening to him, you feel in your bones his music reminds you of something — a time or a place or a person — yet you can’t quite recall. Like tantalizing swirls of recollection, the music envelops you, carrying you elsewhere, which is what makes Kaz’s music so alluring.

We asked Kaz what the future holds for him musically. “I enjoy writing in different genres including folk, country, even bossa nova. These songs fit into the AC format, so I would like to try writing in country, rock, alternative. A good songwriter should be able to write in more than genre.”

Kaz still lives in the greater LA area with his wife of 28 years and their son. His son once asked Kaz why he writes to which Kaz states “I want to inspire people. I want write songs that people not only in the whirlwind of romance can relate to, but also peoples in all stages of, life, love, as well as loss. “