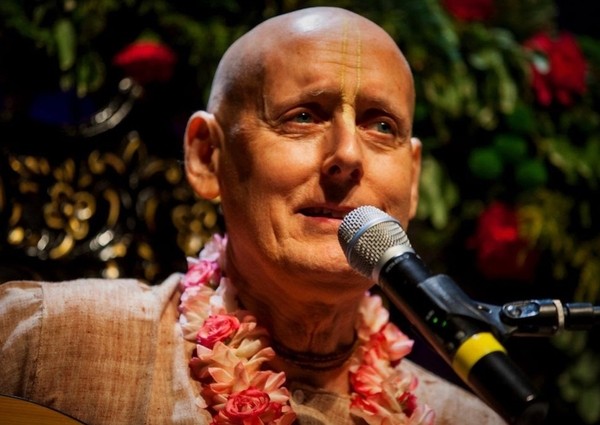 Sankarshan Das doesn’t ask for much – just world peace. And beyond that, for nearly 50 years, he hasn’t asked for anything at all. In 1971, it was revealed to him that he should give his entire life over to teaching Krishna consciousness, the science of self-realization, and he’s done this all over the world, on every continent except Antarctica. He’s shared the stage with Jefferson Airplane and the Grateful Dead and uses his talent as a powerful, provocative singer/songwriter as a means toward his ultimate goal. The world-renowned author and spiritual master is based in Austin, Texas and through his world wide travels and his popular online training program “The Ultimate Self Realization Course” he leads his tens of thousands of students all over the world on the pathway of spiritual perfection and how to be agents for world peace. “The World Peace Formula”, a powerful message of hope and healing, contains the essence of all of his teachings, which have been handed down to him by his spiritual master from a succession of spiritual masters going back for thousands of years. If widely understood and accepted, this formula will completely transform human history turning Planet Earth into a paradise.

A classic folk song in the vein of Dylan and Woody Guthrie, “The World Peace Formula” pulls equally on the listener’s heart and mind. Rather than complain or point fingers, Sankarshan Das offers a solution. The solution is as mind-boggling as the cosmos but simple as a grain of sand. There is a Supreme Proprietor, to whom all things belong. We live in this Supreme Proprietor’s world; we enjoy their planet, and everything on it, through their divine generosity. And if there is nothing to fight over, what reason is there to fight? It’s just Sankarshan Das, his guitar, and a small choir of voices on “The World Peace Formula,” but the effect the song and its lyrics have is mighty. It’s the first single off of his album Our Sweet Lord, on Turn on the World Records. “Turn On The World” is a fitting name for his label – his primary motivator as a musician – to turn the world on to a new way of looking at everything. It’s comforting to know there are still folks out there trying to change the world with a song.

The clip for “The World Peace Formula” is as simple as the song, as uncomplicated as the man himself. Imagery of deforestation, incarceration, and pollution flicker across the screen, but the vast majority of the video focuses on Sankarshan Das as the messenger who carries word of the solution. He’s just one man with a guitar, but he carries power in his presence. It’s not power for power’s sake. You see a man of great inner peace, whose strength lies in serving others. He moves from a windswept desert to a city street, then to a mountaintop, surrounded by fellow devotees of his teachings. He encourages all to share this message, knowing that each life it touches becomes part of his World Peace Formula.