Nick Sumner and the Assistance is a rock trio from New York. These three players are also experienced musicians, having frequented some of the city’s biggest venues and highest profile gigs. “Look Out Below” is this act’s striking new single. 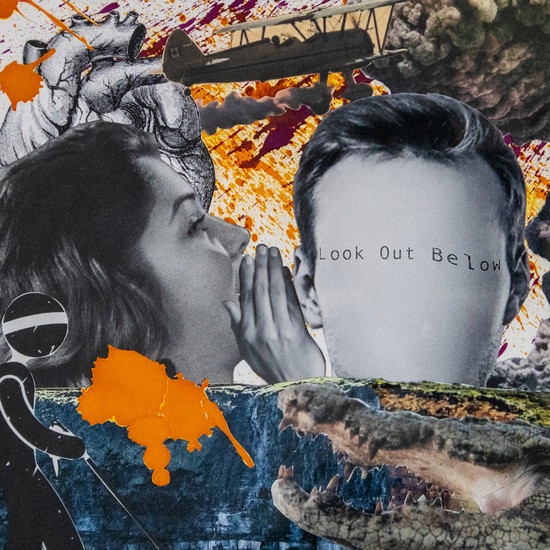 The song begins with far off drumming, which echoes throughout the track’s intro, before the vocal kicks in. Next, with the entry of electric guitar, Sumner announces, “We were so much older, then.” If that line sounds mighty familiar, it’s because it is. Bob Dylan sang something extremely similar on “My Back Pages,” a song the Byrds also made into a hit. “Ah, but I was so much older, then/I’m younger than that now,” Dylan confessed. It’s a line, of course, that doesn’t make literal sense. Nobody ages backwards from being old to being young. However, Dylan’s point is that he thought he knew it all at one time, only to find out he didn’t know all he thought he knew. If you’ve every raised teenagers, you know exactly what Dylan meant with these words. Teens act and think like they know it all, and that all adults are stupid. It’s only when they get older, and fully realize how much they don’t know, that they recognize their past over-confidence was foolishness.

It’s not clear what Sumner means by his admission, however. He does sing, though, about the blind leading the blind. Whatever his message is, it seems clear that he, too, is looking back with more knowledge now than before. He repeats, “It’s over now,” during the song. This suggests there was a traumatic experience, one that has – thankfully – ended. The song also appears to be sounding a warning. Sumner sings, “Look out below,” as though he sees a danger ahead that others cannot, or will not, see. Whatever ‘it’ is, it’s coming, and coming fast.

Sonically, this track is guitar heavy. It includes a cool bridge featuring some tasty electric guitar interplay. In fact, the type of guitar work featured in this part of the song sounds a little like Johnny Marr, famous for his role (along with Morrissey) in The Smiths. It has that tasteful feel, which raises it above mere metal show-off-ery.

Nick Sumner and the Assistance’s single, “Look Out Below,” joins the long tradition of rock song as prophetic warnings. Referencing Bob Dylan again, his song “All Along the Watchtower,” which was wonderfully covered by Jimi Hendrix, is just such a song. Dylan was referred to as the voice of his generation, be he was also, at times, its prophet.

Although it’s not clear just what Sumner is warning about with this song, it’s nevertheless still effective. Sometimes, all a song needs to do is create a mood to have an impact. Listening to “Look Out Below” creates just such an ominous feeling of concern. Sumner sings it urgently and is backed by equally urgent instrumentation. ‘Look out below!’ is a phrase lumberjacks holler whenever they’re cutting down a tree. It’s to make sure nobody is left in the path of falling heavy wood. Nick Sumner likely doesn’t chop too many trees in New York. Nevertheless, he’s making sure he warns everybody in earshot about some sort of impending danger.