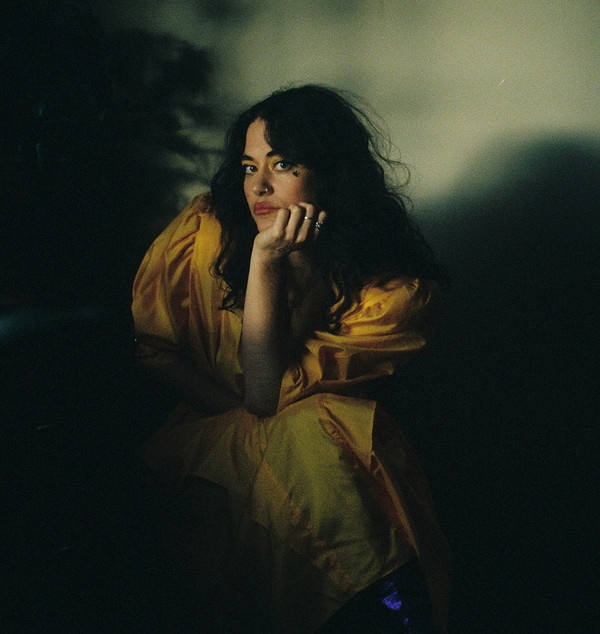 Maple Glider is the new project of singer-songwriter Tori Zietsch. The first we get to hear from this new artist is the single “As Tradition.” It’s a song about yielding to expectations – not willingly, but with knowledge of the inevitable; and about being seen but not heard. NPR Music’s All Songs Considered gave a first listen to the track earlier this week and you can now listen to it everywhere HERE.

Maple Glider’s striking emotionality is at the center of her performance, leaning into an intimacy that is achieved by way of deeply personal reflections and velvety, melodic compositions. Her vocals melt into layers of plucked acoustic guitar and lulling piano, drawing on the somber styles of folk contemporaries with a stark tenderness and introspection that assumes the listener is inside her bedroom as she plays for herself.

Says Maple Glider further about “As Tradition,” “I was raised from birth in quite a restrictive religious household. When I moved away from Australia and left the supportive community I have at home here in Melbourne, I realized that I hadn’t really processed a lot of the ways that I’d been affected by it. Going through my last break-up I could draw a lot of parallels between the feelings I’d had participating in the religion as I’d had in that particular relationship. I felt my identity kind of dissolve in order to appease what my partner at the time needed from me, and in a way, I began performing for the idea of love and acceptance instead of trusting my intuition. There was definitely a strong element of gaslighting in both situations and I guess writing the song was a way of coming to that understanding and forming a resolution to grow from those experiences.”