Trey Connor’s single, “Fear,” is drawn from his Horizons album. Connor, who is just 23, has already appeared on NBC’s The Voice in 2015, where he was a casting finals participant. He is based in the good musical breeding ground of Austin, TX. 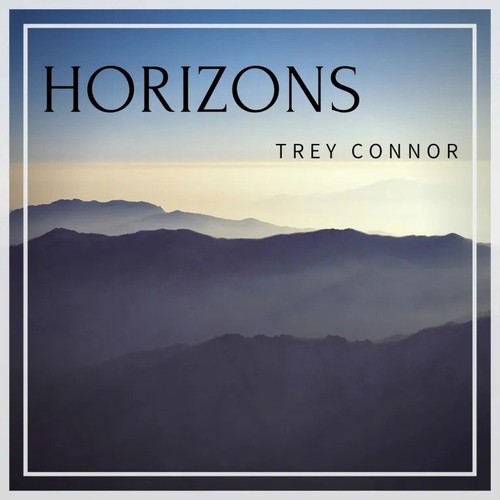 The song’s title comes along in the track’s very first line, when he sings, “All alone with the fear inside me.” The song’s sonic is a strummy electric guitar tune. It’s not at all complicated, featuring just guitar, bass and drums (and just a touch of keyboard). Connor sings it relatively subtly. He sings the verses rather quietly but raises his vocal register during the chorus.

Lyrically, he sounds to be singing these words to a girl. “You will never see the way you bring me down.” Yes, these words might be directed at a girl. Perhaps, a toxic relationship girl. Then again, he might be addressing the emotion of fear directly. We can overcome, or at least learn to live with our fear or fears, but these feelings never leave completely. They’re always rearing their ugly heads – sometimes at the most inopportune times.

The song’s sonic is – for lack of a better term – straight-forward jangle pop. Jangle pop is a style where the guitars are electric and amplified, but by no means pounding (like in heavy metal) or twangy (as with country music). Therefore, it’s rock, but not particularly hard rock. The rock sound gives the music an extra layer of passion, without also pounding the listener into submission. Bands like Big Star and Cheap Trick helped perfect this style, and – whether directly or indirectly – Connor is building on and adding to that wonderful musical tradition.

The video for the song shows the bassist wearing a grungy knit cap, whereas the drummer has a cowboy hat. This drummer’s attire is the only clue to the group’s Austin, TX roots. However, these players do not appear to be flashy dressers, in any sense. And this visual element supports the song and its performance. This is a heartfelt song, sung by what appears to be just a regular guy. This is not music for nerdy elitists. It’s not even music geared towards prog-y music heads. Rather, it’s a song by a relatable guy, which is relatable to anyone that hears it.

Being unflashy may not appeal to young people trying to shock their parents with their musical taste. It will find a home, though, with young people more impressed by natural talent and older folks that enjoy new music that sounds a whole lot like the music they grew up listening to.

Whether he’s singing about a girl that makes him fearful, or plain fear itself, it’s a lyric we can all comprehend. Although the main instrumentation is guitar, bass and drums, the track also includes keyboard sounds at the end. These keyboards can’t easily be detected when the full band is playing, but it’s there.

It’s been said that there’s nothing to fear but fear itself. This thought can help dispel fear. However, it also illustrates how fear is a powerful thing. After listening to this song, though, the overall impact is calming. And that’s always a good thing.