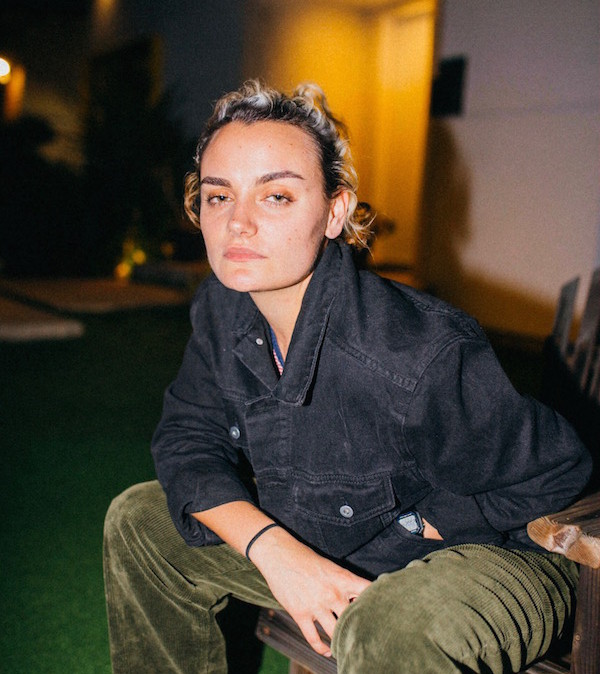 Echoing the beauty of singers like Joni Mitchell and the smoke-hued timbre of Fiona Apple, Los Angeles-based Temme Scott offers sanctuary with her dynamic pop number, “A Lot To Lose”. Part peppy and particularly inward, the song leaps Scott farther onto the national radar than her previous singles. What hasn’t changed is Scott’s talent at catching beauty in a most modern bohemian way. “A Lot To Lose” is from the forthcoming album Trust You, Trust You.

Fresh like morning covers, Scott sings. Filtered through the chunky guitar and a lively percussion, her voice is a beacon in a cluttered music bed. The thumping bass lines and the groove is hidden in a patchwork of electricity, allowing Scott to burst through like morning sun beams. Her voice, almost hypnotic and delicate at times, also possesses a whisky-laced rim. I wanna keep this this feeling, she croons. I want to call my dad and tell him it’s not that bad, she muses. Scott does that – going back and forth with indecision and what might come across as insecurity; it really comes across as being genuine. This song, to me, represents a woman balancing on a tight rope. She has a life, a career, and lives in a society quick to throw stones, but she doesn’t let herself get overwhelmed.

The music mixed under her vocals is sporadic, and almost nomadic. I think that tourist just visiting mentality comes from her study abroad tenure in Buenos Aires, Argentina. Her song’s music bed moves like a bustling city. When I close my eyes and isolate the music I envision the busy LA streets, traffic bottlenecked for blocks and the guitar cut through in a linear motion, at first. Then towards the end of the song, the guitar starts to tear and burst its way through, ripping and roaring. Scott’s voice is the calming force and a pocket of raw harmonies with grains of youthful abandonment. Scott is fearless on the surface, but has a bubbling self-doubt monster that just won’t go away. She’s like the ever-present cool girl in the room that everyone adores, only based on this song, she doesn’t always feel that way.

After consistently releasing moody rock tracks like “The Silent One”, “Shy” and “Understudy”, Scott’s worldview is shared by many people just trying to have their voice heard. The former psychology student at UCLA has mastered songwriting. She has a knack for weaving together random thoughts to create a fascinating storyline. She has a lot to say, and her artistry is endearing and that voice…that voice of hers is like discovering a secret garden. You want to hold it for yourself, and only give entry to a few of your closest confidents. After a while though, the secret can’t be kept forever.

The listener reaps the benefits to her mindset and open-diary approach. Scott may sing “A Lot To Lose” but she’s discovered more about herself and her artistry than she probably knows. And that’s always a win in my book.