“Voo Doo” by The Jorgensens, is a title that refers to Louisiana Voodoo. We know this because its lyric namedrops Dr. John, one of New Orleans’ primary proponents of voodoo-infused New Orleans music. It’s also been said voodoo’s liturgical language is Louisiana Creole, and this is one of the two primary heritage languages (the other one, Louisiana French). However, the male/female led Jorgensens are not giving us a lesson in linguistics with this song. Instead, this is an attempt to use magic – namely black magic – to make romance happen. 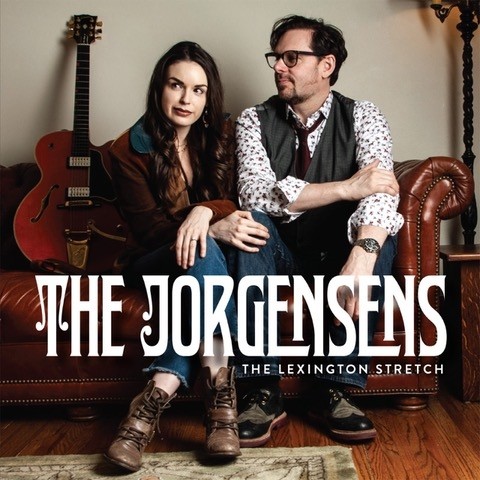 This song also quotes another famous song – this one, though, not a New Orleans song. Cole Porter’s “You Do Something to Me” includes the line: “You do that voodoo that you do so well.” This song, however, features the repeated line, “You do that voodoo/That voodoo/To me.” The Jorgensens are Brianna and Kurt Jorgensen, and it’s Brianna who takes the lead singing on this swampy plea. The song comes in just shy of four minutes in length.

The track begins with a relatively simplistic guitar riff, before more instruments and a group vocal kicks in. Brianna begins the song by pleading, “Creole woman/Hear my plea/I need some black cat magic.” Although it’s not all doomy and gloomy, she is nevertheless reaching out to what most would consider the dark side of the spiritual spectrum. Soon, she is accompanied by some Louie Armstrong-like muted trumpet playing.

The song’s whole premise suggests that finding love is not as easy and natural as we might at first assume. If two people are meant for each other, they’ll have enough innate love to make a relationship work, right? However, this song strongly suggests that an outside agent is not just helpful, but also absolutely necessary.

The song includes plenty of electric guitar, in addition to its trumpet part. There is also a mournful trombone incorporated. It’s very much a jazzy groove. It verges on Dixieland, but it’s by no means a happy tune. It utilizes Dixieland instrumentation, but feels like a blues song. In fact, its lyric could have been sung with just a blues arrangement and would have had a similar effect.

So, do people sincerely believe in using magic to make relationships work? Before you answer, consider astrology. Astrology is more popular than ever these days, even though any scientist worth his/her salt would debunk its practice outright. Therefore, why would we even imagine something ‘out there’ affecting our love and romance? It’s likely because humans are, by nature, spiritual beings. We may not always like to admit it, but all but the most hardened cynic is open at least a little bit to the influence of the unknown. Of course, one suspects The Jorgensens are not actual proponents of voodoo magic of any kind. For them, the song’s language uses terminology that is so prevalent in New Orleans culture. And from the sound of it, these performers love the sound of traditional New Orleans music, just as much as its linguistics. For them, we can assume, this is cultural appropriation in the most positive, and respectful way. However, if love’s just not happening for you, well, maybe anything – including voodoo – is at least worth a try.